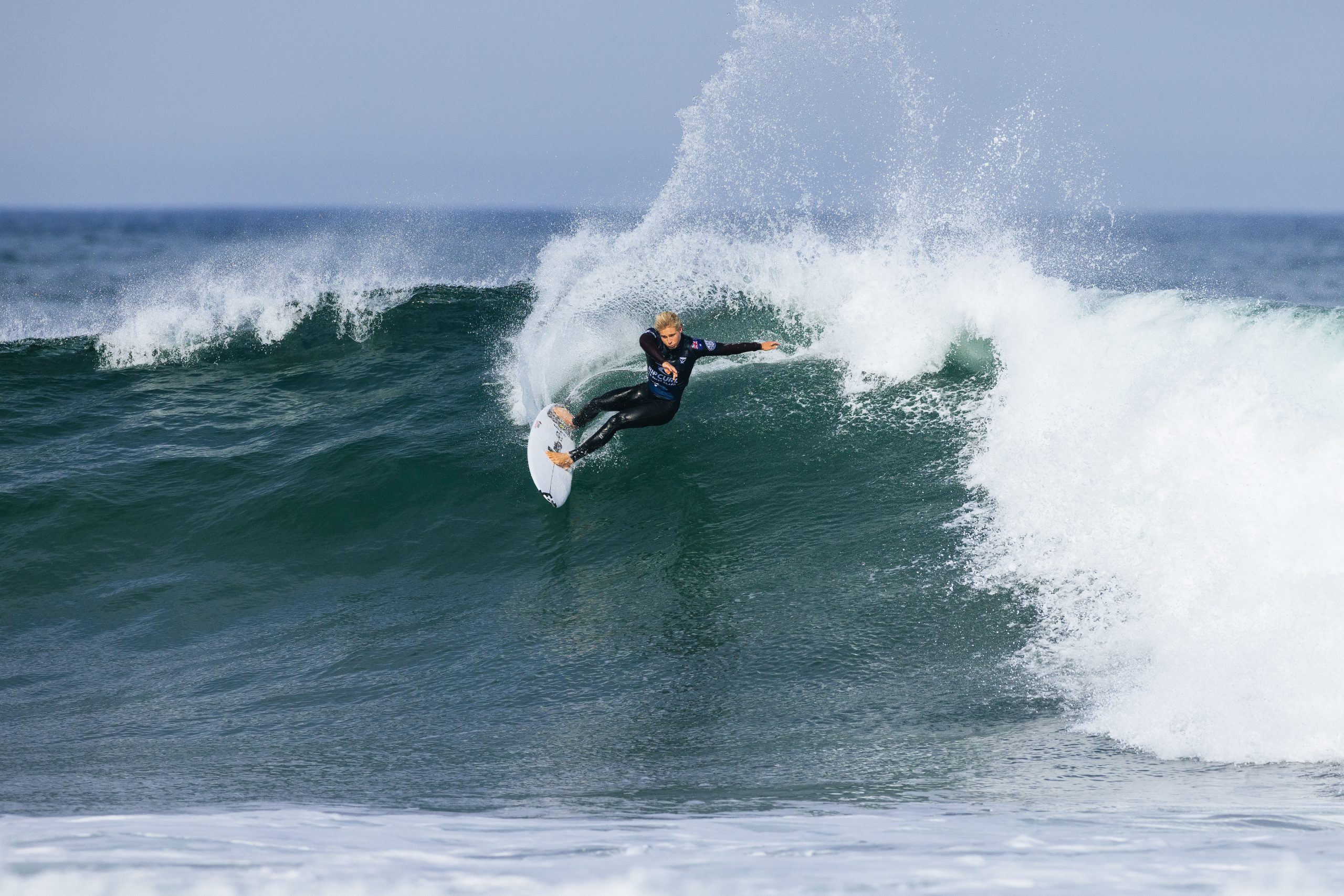 Heat 1 saw Australia’s Owen Wright and Ethan Ewing take to the water at Bells early in the afternoon. Streaming past Wright for the first wave, Ewing took control of the heat early on and never let go. With excellent wave selection, Ewing opened with a 7.50 (out of a possible 10) and ended with an 8.83 (out of a possible 10) to take the win and progress to the Semifinals.

Ewing has a deep history here at Bells Beach as his mother, Helen, won the Bells title in 1983. Now, almost 40 years later, Ewing is two heat wins away from continuing her legacy and ringing the Bell himself. Olympic Bronze medalist Wright exits in equal 5th place, his best result of the year that will certainly help his position on the rankings.

“[This result] is huge,” said Ewing. “It’s kind of the top of the list for the events I want to do really well at so to get into the Semis, it feels really rewarding. I had a good prep here so I feel like it’s paying off. Owen’s such a good competitor, I said that before that heat, and he’s really smart and he’s been surfing really good. I know he needed a big result so Quarters is great for him and I wish him well for Margarets”.

World No. 4 Filipe Toledo (BRA) took on 2019 Bells winner John John Florence (HAW) in Heat 2 of the men’s Quarterfinals. In a jam-packed heat full of high-scoring waves, Toledo was the first to get on top, scoring a 9.63 (out of a possible 10) early in the heat. Florence, on the wave behind him, jammed a series of huge power gouges to post an excellent score of 8.43. After an incredible first exchange, the ocean slowed down leaving the heat to be decided by mid-range scores. With Florence struggling to find completion on any of his remaining rides, Toledo took the heat and a spot in the Semifinals where he will take on Ewing.

Rookie Callum Robson (AUS) and Miguel Pupo (BRA) made up Heat 3 for the men’s Quarterfinals, with a restart called 10 minutes into the heat after no waves were caught. Bringing his calm demeanor from his win against four-time Bells winner Mick Fanning (AUS), Robson led the heat with a 13.54 (out of a possible 20). Pupo was busy in the heat, catching a total of 12 waves, only to fall short by 0.54 in his final attempt.

“At the end there I knew when he got that seven, that it was a good wave so I knew I just had to try and control the last remaining minutes of that heat. And there was that little one that he caught but I thought it was just too wide, I thought it wasn’t going to give him as many seconds as it did but he ripped it so hard. When I was walking up the beach, everyone was saying bad luck and stuff, so when I heard the score and that he didn’t get it, bullet dodge for sure.”

The last heat of the day consisted of Australian Jack Robinson and 2019 WSL World Champion Italo Ferreira (BRA). Ferreira took control of the heat and displayed his experience, not letting Robinson slip away and steal a wave without priority. A last minute wave from both surfers dragged out the results with Robinson taking the win by just 0.20. Robinson will take on fellow Australian Callum Robson in the Semifinals.

With the four men’s Semifinalists decided at the Rip Curl Pro, a first time Bells winner is guaranteed in 2022.