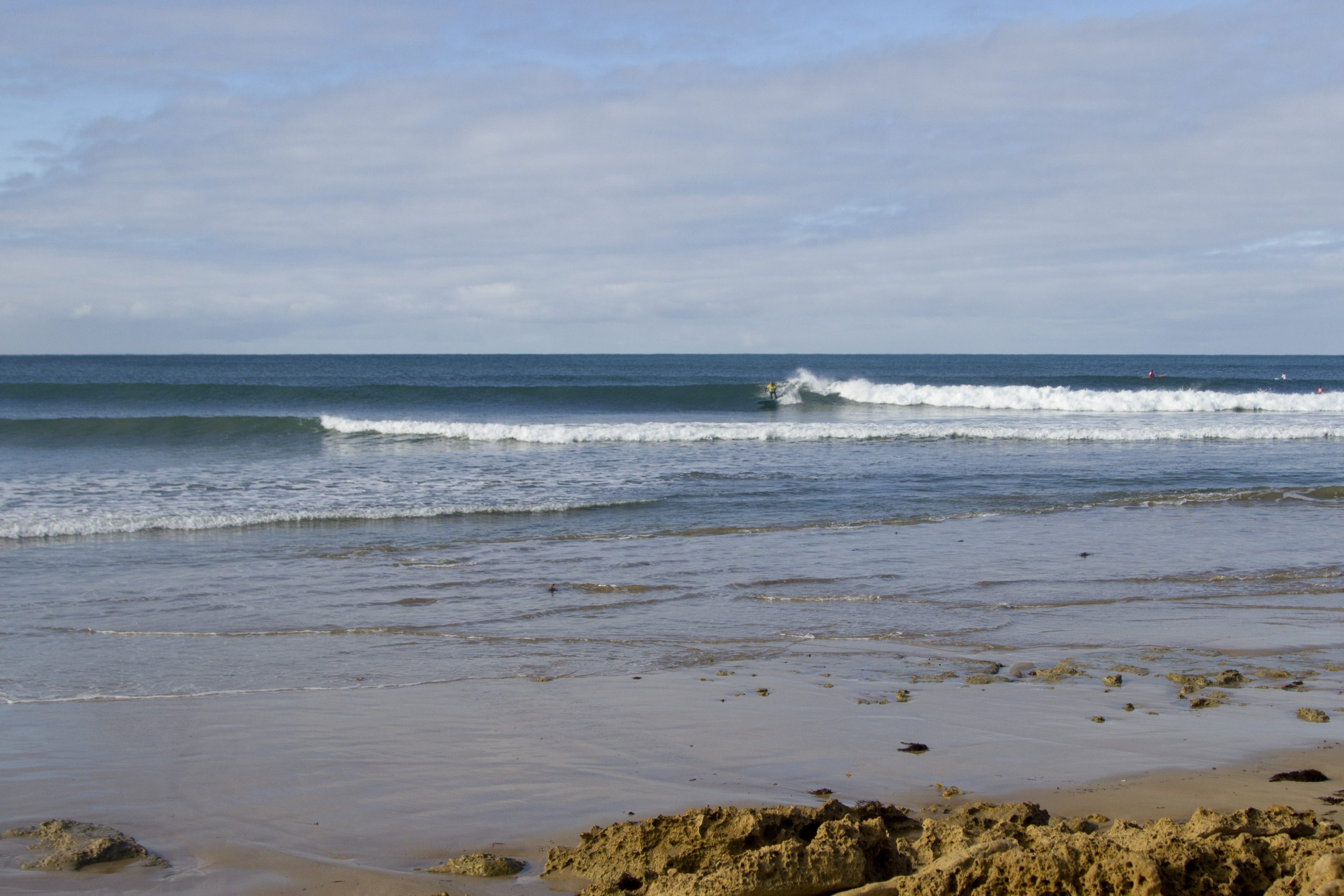 Sixteen champions will be crowned this weekend at the final stop on the Victorian Longboard Titles presented by Surfers Rescue 24/7 to be held at Point Impossible.

60 of the top Longboard riders in the state will converge on the Surf Coast point break for the final round with spots in the Victorian State Team on the line across divisions from Under 18 to Over 70.

Reigning State Champion Andrew Burgan (Phillip Island) is in poll position to claim back to back Open Men’s titles after a win in the opening round at 13thBeach earlier in the year.

Even with the absence of former Australian Champion Ben Considine (Barwon Heads), he will face formidable competition with Will Cousins (Torquay), Ethan Harbison (Torquay) and Bailey German (Tootgarook) all in with a shot to leapfrog Burgan into first place.

On the Women’s side of the draw, Bea Conroy (Point Lonsdale) will be looking to close out her first ever Open Women’s State Title after a strong win at the opening round.

It will be a close contest however, with multiple Australian Champion Emma Webb (Jan Juc), Natalie Van Der Heyden (Phillip Island) and Eglantine Balland (Carrum) all still in contention with a strong result at Point Impossible.

Surf Forecast sites are calling for small waves across the weekend and offshore winds. Competition is anticipated to kick off at 7.45am on Saturday at Point Impossible.

Heat draws and live scores for the event can be found on www.surfingvic.com/live

The Victorian Longboard Titles is presented by Surfers Rescue 24/7 and supported by Rocktape, City to Surf Mobile Cafe and Surfing Victoria.