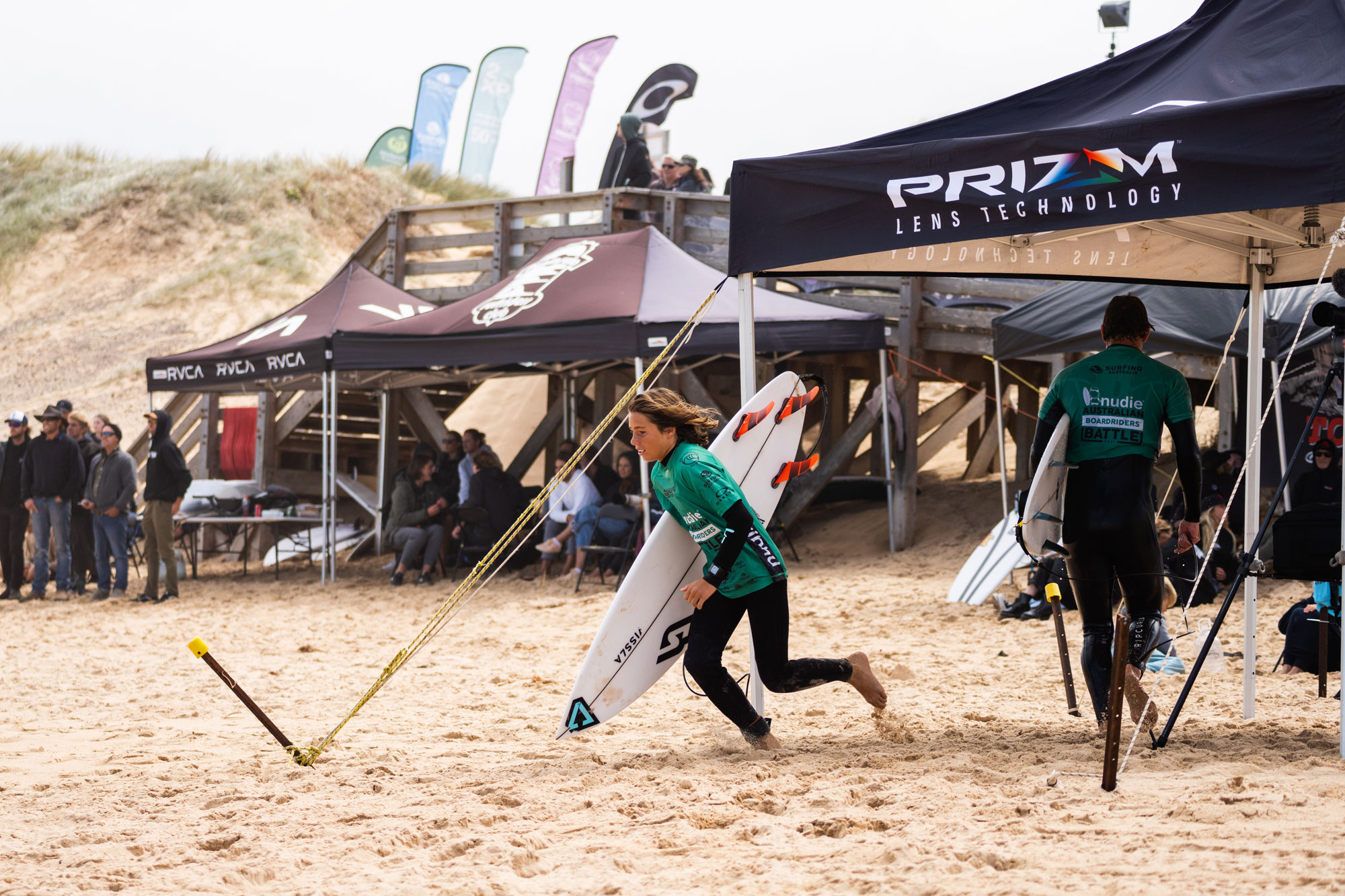 Clubs will compete for $3,000 in prize money and a guaranteed spot into the ABB National Final, scheduled to take place in New South Wales in 2023.

Now in its tenth season, the Hyundai Australian Boardriders Battle is the country’s biggest grassroots boardriders event, involving more than 60 of Australia’s best clubs, boasting over $120,000 up for grabs.

The defending event champions Phillip Island will spearhead an imposing set of clubs, with both new clubs and traditional rivals face-off against each other.

“Phillip Island is a fantastic venue to host the Australian Boardriders Battle (ABB) because it has so many good surf locations to choose from depending on the weather” said Phillip Island Club President Hannah Eisen.

“It’s always an entertaining event with clubs from across the state competing for bragging rights.  I love the team format because most of the time, surfing is quite individual.”

“As a Club, we have a rich history, we’ve been around since 1963 and we celebrate 60 years of surfing in 2023, so it would be epic to qualify and represent as one of the Victorian Clubs”

Each club will nominate a squad of five of their best surfers – 2x Open Males, 1x Open Female, 1x Over-35 Master (male or female) and 1x Under-18 junior (male or female), who will compete in an exciting and dynamic ‘tag team’ format. Each surfer will be scored on their best two waves and must return to the beach after completing their waves, before ‘releasing’ the next team member into the waves.

This weekend’s event will also see the Hyundai and Surfing Australia ‘She’s Electric’ national women’s leaderboard come into play. She’s Electric recognises and amplifies female grassroots athletes on a national scale by leveraging LiveHeats data from the Australian Boardriders Battles. This leaderboard aims to give female boardriders a profile, unearthing breakout talent and creating a pathway to the top – inspiring the next generation of surfers.

The Hyundai Australian Boardriders Battle will kick off on Sunday morning at Cape Woolamai from approximately 9am with finals concluding by the early afternoon.

You can follow all the results from the Australian Boardriders Battle via www.liveheats.com

For previous results, images and video highlights head over to www.australianboardridersbattle.com​