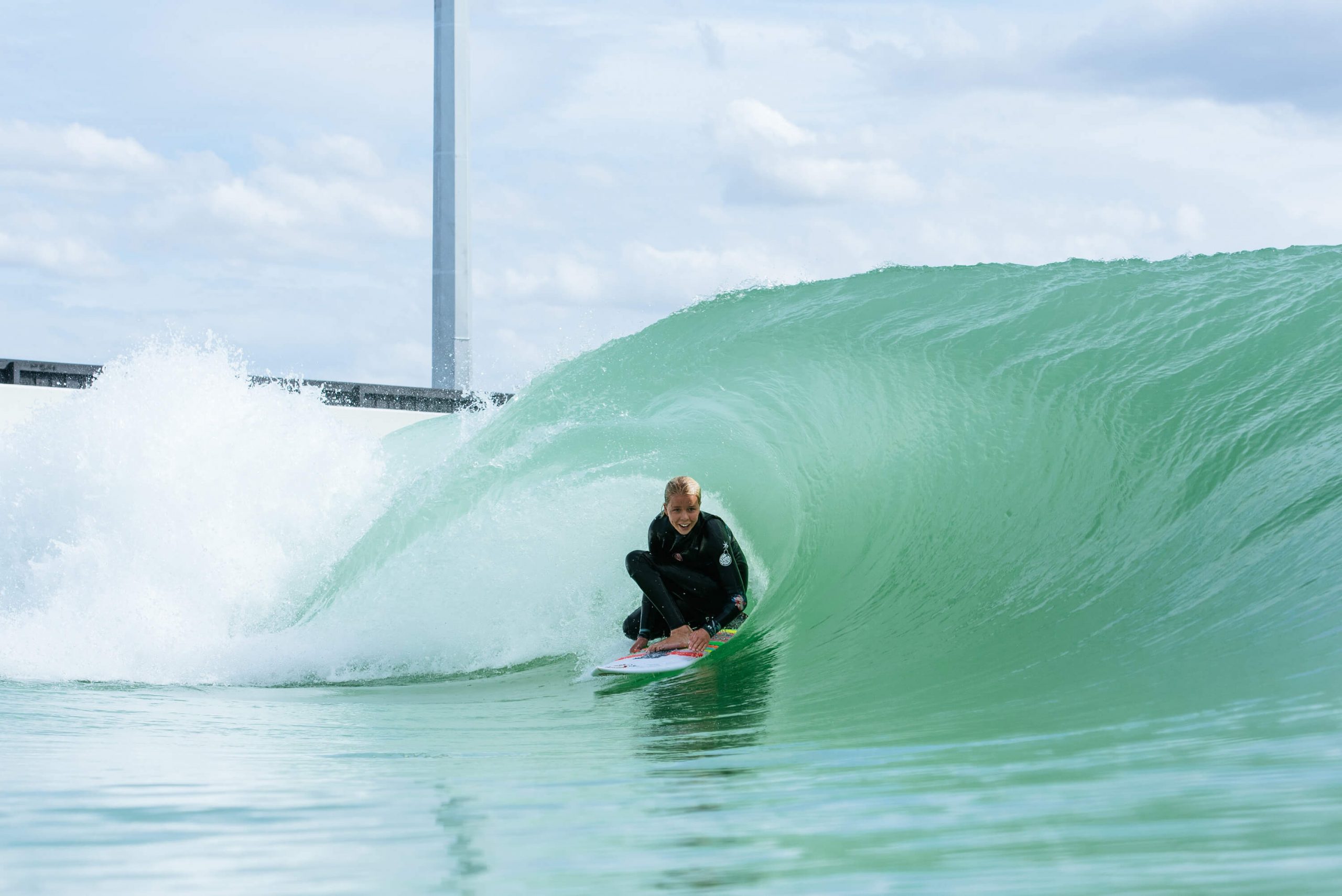 Surfing Victoria is excited to reconfirm the Rip Curl GromSearch National Final will be held in Victoria at URBNSURF Melbourne on March 15th, 2020.

72 of the finest junior surfers from around the country will descend on the country’s first ever public surf park to battle it out for the title of GromSearch National Champion. Qualifying athletes from the Rip Curl GromSearch series will be joined by wildcards to enjoy a day of surfing perfect waves in the 2-hectare, crystal-clear lagoon.

“We are stoked to be hosting the Rip Curl Gromsearch National Final at URBNSURF,” said Surfing Victoria CEO Adam Robertson.

“The series has proven itself over decades to be an integral part of the junior pathway to the WSL Championship Tour with many National Champions going on to massive successes. Having the event for the first time in an artificial wave park will be an amazing spectacle and will push to level of progression to another level!”

The event will also showcase a new URBNSURF wave designed specifically for the event that is one of the most high-performance waves capable of being produced by the venue’s surfing lagoon.

“We’re excited to welcome our partners Rip Curl and Surfing Victoria to host the Gromsearch National Final at URBNSURF Melbourne in March,” said Damon Tudor, URBNSURF Group CEO. “For the event we’ll be using a new high-performance turns wave – named Turns 1 Fast – which provides a powerful first section for vertical snaps, big carving turns, full roundhouse cutbacks and laybacks, followed by another steep vertical section before providing a wrapping or whitewash end section. We’re confident the groms will love the new wave setting, and will result in some mindblowing performances throughout the event”.

Event director Mark Flanagan commented “The Rip Curl Gromsearch National final at in Melbourne is going to be insane. The crew at URBNSURF are cooking up a special new wave for the competitors and we’re announcing a #GromSearchOnline event that will give groms the chance to win wildcards. We’re looking forward to putting on an awesome event.”

The #GromSearchOnline event will give surfers who couldn’t make it to a GromSearch event, or who didn’t qualify at an event, the chance to go to the National final as a wildcard.

Wildcard selection will be made via pro Rip Curl athletes and event officials. Pro athletes are all former GromSearch finalists.

With 3 wildcards to fill in each division, there are a lot of opportunities to gain entry to the first ever National event in a wave-park.

Wildcards – 18 total wildcards to be chosen by pro athletes and Rip Curl.

Pro athletes selecting wildcards include Tyler Wright, Morgan Cibilic, Molly Picklum and Jacob Willcox. Stay tuned to their socials as they will announce what they are looking for at the start of the event window.

More details to follow, but for now, just lock a few clips down and drop them during the February event window.

Due to Covid-19 control measures are in place to minimise the impacts of Coronavirus.

Victoria has moved to COVID Safe Summer restrictions. Though restrictions have eased, it is important that all participants, family and cohort, understand current Victorian legislative restrictions. Please refer to the Victorian Department of Health & Human Services website for information on current restrictions and protocols: https://www.dhhs.vic.gov.au/coronavirus\