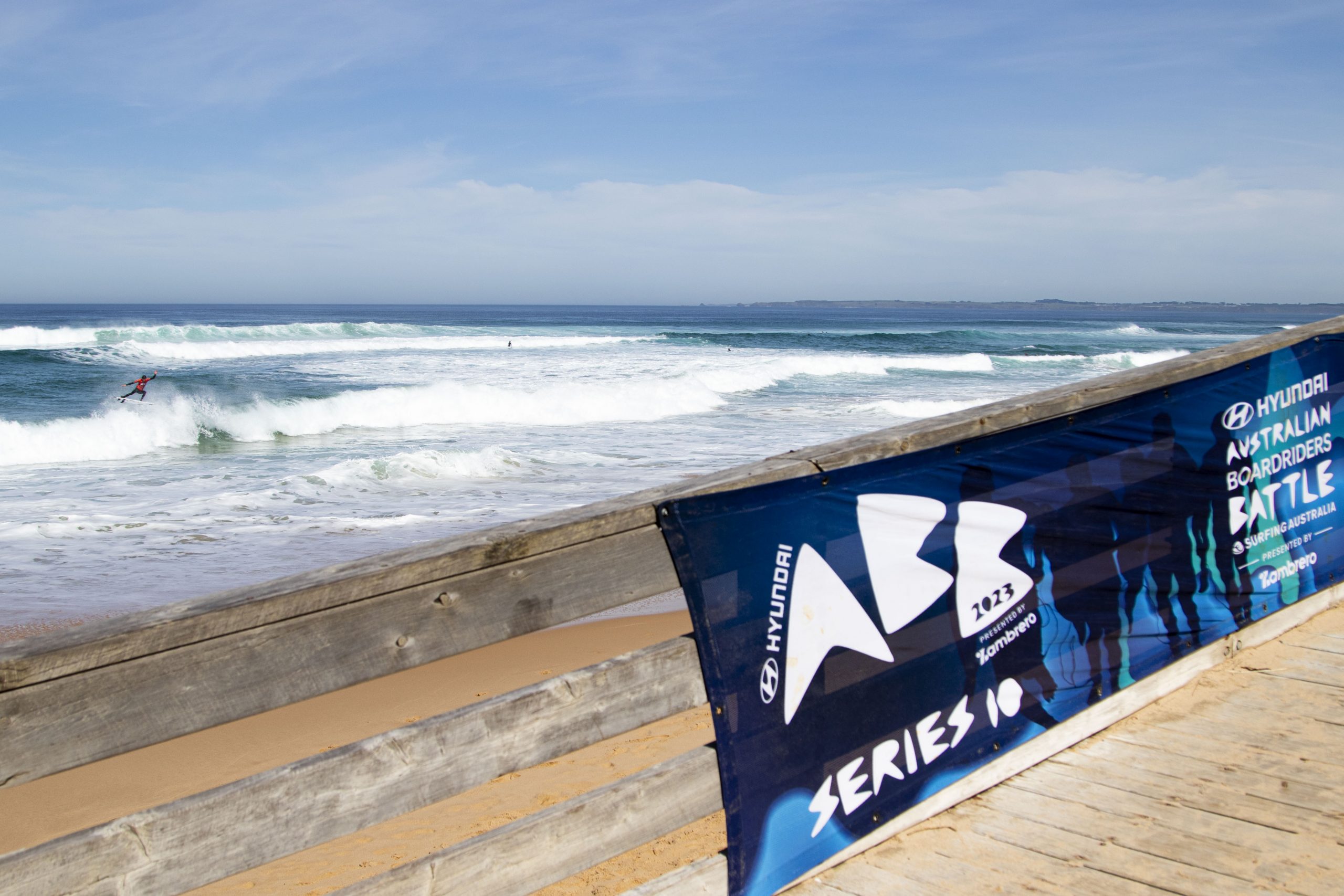 Torquay Boardriders Club progressed through to the National Final of the Hyundai Australian Boardriders Battle (ABB) presented by Zambrero today after they put the rest of the finalists in a combination situation to claim the win at the Victorian qualifier.

Now in its tenth season, the Hyundai Australian Boardriders Battle is the country’s biggest grassroots boardriders event, involving more than 60 of Australia’s best clubs, and boasting over $120,000 in prize money.

Conditions aligned at Woolamai Surf Beach, Phillip Island as competitors had sunny blue skies paired with clean 3 – 4 foot faces, allowing for searing carves to be displayed throughout the day. With the classic Woolamai rip bowl conditions on offer, every team was able to put their best surfing on the line as they went for the victory.

The defending champions, Phillip Island Boardriders Club, started the day strong with a 39.30-point heat total in the first round with power surfer Harry De Roth (Phillip Island) scoring a solid 8-point ride (out of a possible 10) through a huge backhand snap.

This year’s Hyundai Australian Boardriders Battle Qualifier event also saw the Hyundai and Surfing Australia ‘She’s Electric’ national women’s leaderboard come into play. This sees every female’s average wave score from each qualifying round go up against each other with the top 5 at the end of the series heading to an all-expenses paid HPC camp.

Ava Holland (Peninsula) threw her hat in the ring to potentially earn herself a spot in the top 5 posting a 7-point ride from a major critical snap out of the lip. This type of surfing also earned Holland the Harvey Norman High-Performance junior award.

“To know you’re competing for the club takes the pressure off in a way as you’re down there with every one of your mates and it’s not just competing for yourself,” Fowler said.

“You couldn’t have got any better of a day with the sun out and A+ waves” he continued.

Once the semi-finals were complete the final was set with Peninsula, Torquay, Phillip Island and 13th Beach ready to battle it out for the two spots in the national final.

After looking strong all day Torquay Boardriders Club came out on top to take home the $2,000 in prize money and a guaranteed spot into the ABB National Final, scheduled to take place in 2023.

Torquay was steady all the way through the final with both Phillip Island Pro QS finalists, Xavier Huxtable and Tully Wylie, scoring around 6 points on their first waves giving the team a solid structure to continue on with as they battled towards the win.

“I love that the ABB provides a team aspect to surfing,” said Tully Wylie.

“It’s such an individual sport so to share a win with your best mates is super cool,” he continued.

Finishing in second place and claiming the second spot in the National Final was Phillip Island on 24.73 points, ahead of the third-place team Peninsula on 18.10 points. 13th Beach finished in fourth place with 18.07 points.

The National Final is scheduled to take place on February 4 – 5, 2023 and will be broadcast via www.australianboardridersbattle.com

Full results can be found online via https://surfingvic.com/live/