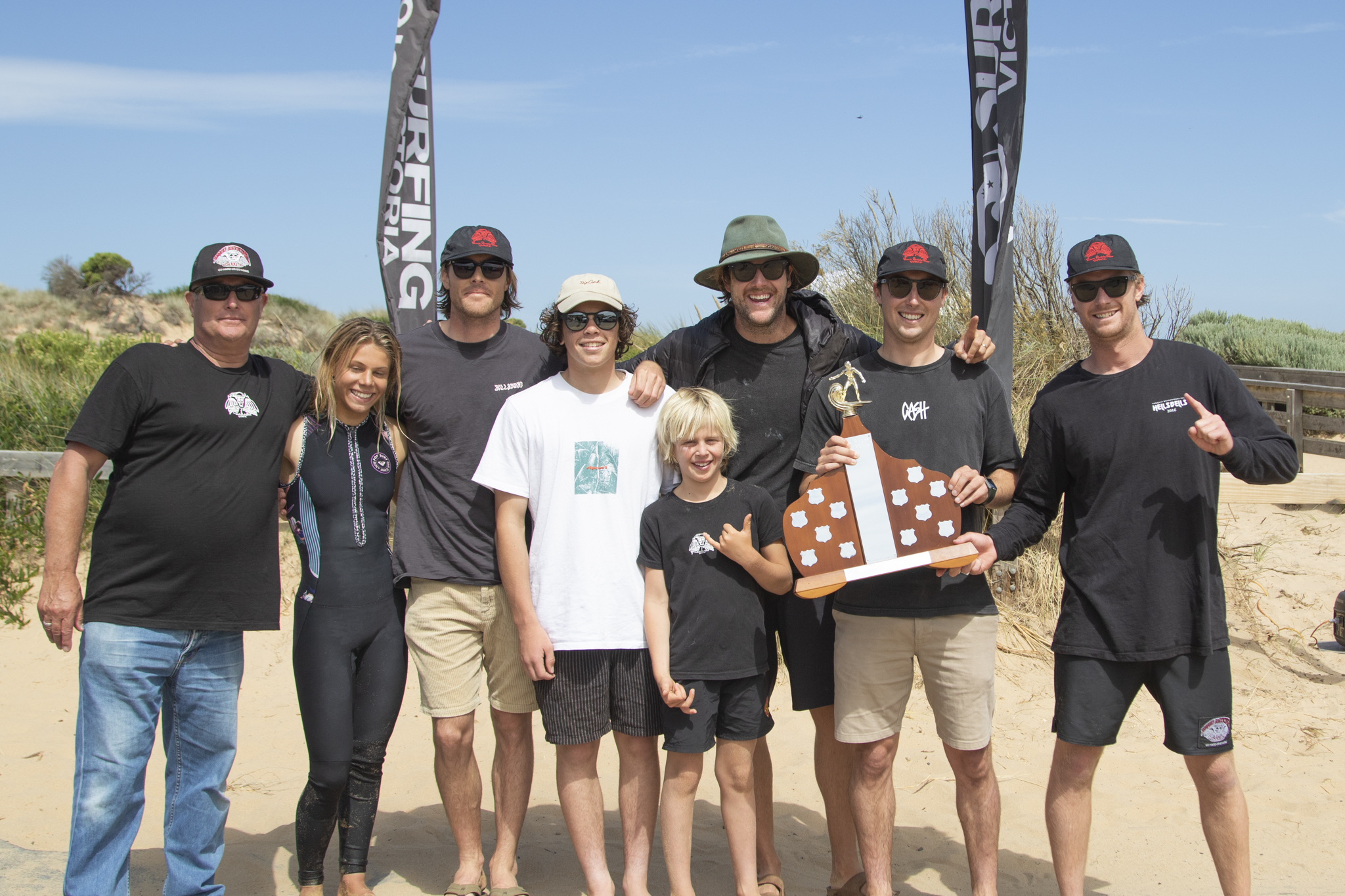 Torquay Boardriders Club have walked away with yet another win in both the Junior and Open Teams divisions of the Victorian Teams Titles held at Cape Woolamai.

The Victorian Teams Titles got underway in challenging 5 foot conditions, with light winds early, and reform lefts and rights on offer.

As the day progressed, the swell kicked and the wind came up slightly, which forced competition to shift down the beach to another bank which was more user friendly.

Torquay showed off their diverse range in surfing from the start of the day.

Club President Harry Mann said that he was “stoked to see everyone ripping”, and that “the team surfed great all day long”.

Young Willis Droomer (Jan Juc) was a standout performer in their junior team, making the decision to move down the beach to another bank, where he ripped into a nice right hander.

“It was tricky out threre” Droomer said.

“I managed to find a couple of waves though, and managed to get the job done” he added.

Alongside Droomer was Asher Lens (Jan Juc) who layed some serious rail on a couple left handers.

“Some of the lefts were fun out there” Lens said.

“I was stoked to be able to ay into a few, and get a couple of nice carves in” he added.

On the Open Teams side of competition, Torquay walked away with a total of 39.84, leaving reigning champions Phillip Island in second needing a 5.76, and Peninsula in a combination situation chasing a 15.88 to get into the lead.