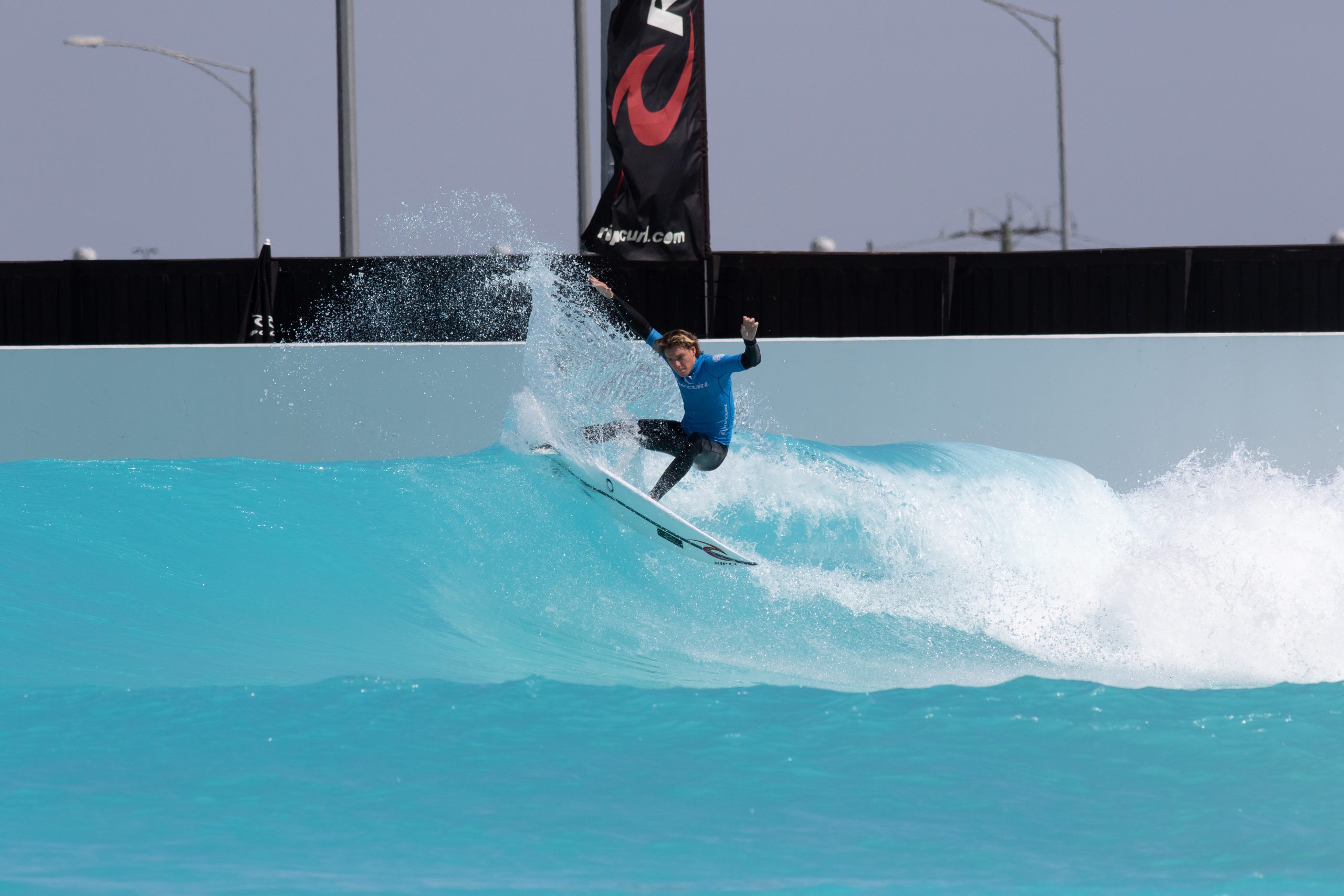 The event is part of a worldwide series of events designed for grommets running in more than 10 countries, with over 3,000 competitors worldwide. For the second year in a row the Australian National Final was run at URBNSURF in Melbourne.

Using an innovative new format across both sides of the venue, groms from across the country had the URBNSURF Lagoon to themselves and were all battling it out for the top honours in 6 divisions.

Utilizing her power, Jahly Stokes was dominant on the left side of the pool in the 16 & Under Girls division locking in a 9.33 single wave (out of a possible 10) to back up her 7.73 wave score on the right.

“I’m super happy to take the win here at URBNSURF,” said Stokes. “It’s a really great experience to come down to Victoria and surf at the National Final.”

“I’m doing a few Pro Junior Events and QS events this year so this is a great way to start the year.”

On the 16 & Under Boys side of the draw, it came down to the final set of the day with Tim Bain requiring an excellent scoring ride to take the lead over local Willis Droomer (Jan Juc, VIC).

Executing a series of big backhand turns, Bain came through with an 8.43 to secure him the win.

“Definitely felt the pressure on that last wave. I knew I needed a score so I tried to keep the nerves at bay and I’m just stoked I got it.”

“I’ve been doing the Rip Curl GromSearch events for a while now, so its great to finally get a win.”

“It’s epic to surf at URBNSURF, just knowing you are going to get a perfect wave every time is amazing. It really evens out the playing field and makes it really competitive.”

Finishing in second was Droomer who finished on a heat total of 16.60 points to Bain’s 17.20 points.

The series provides the opportunity for groms to surf with crew from around the country and developing their competitive game. As participants progress through to the finals they get the chance to test their skills against Australia’s best, providing valuable experience competing against elite level talent. The impressive list of previous GromSearch competitors that are currently on the WSL world tour is testament to the quality of the series.

END_OF_DOCUMENT_TOKEN_TO_BE_REPLACED

Surfing Victoria are pleased to announce the Victorian SUP State Team that will compete at the Australian SUP Titles this October on Phillip Island....