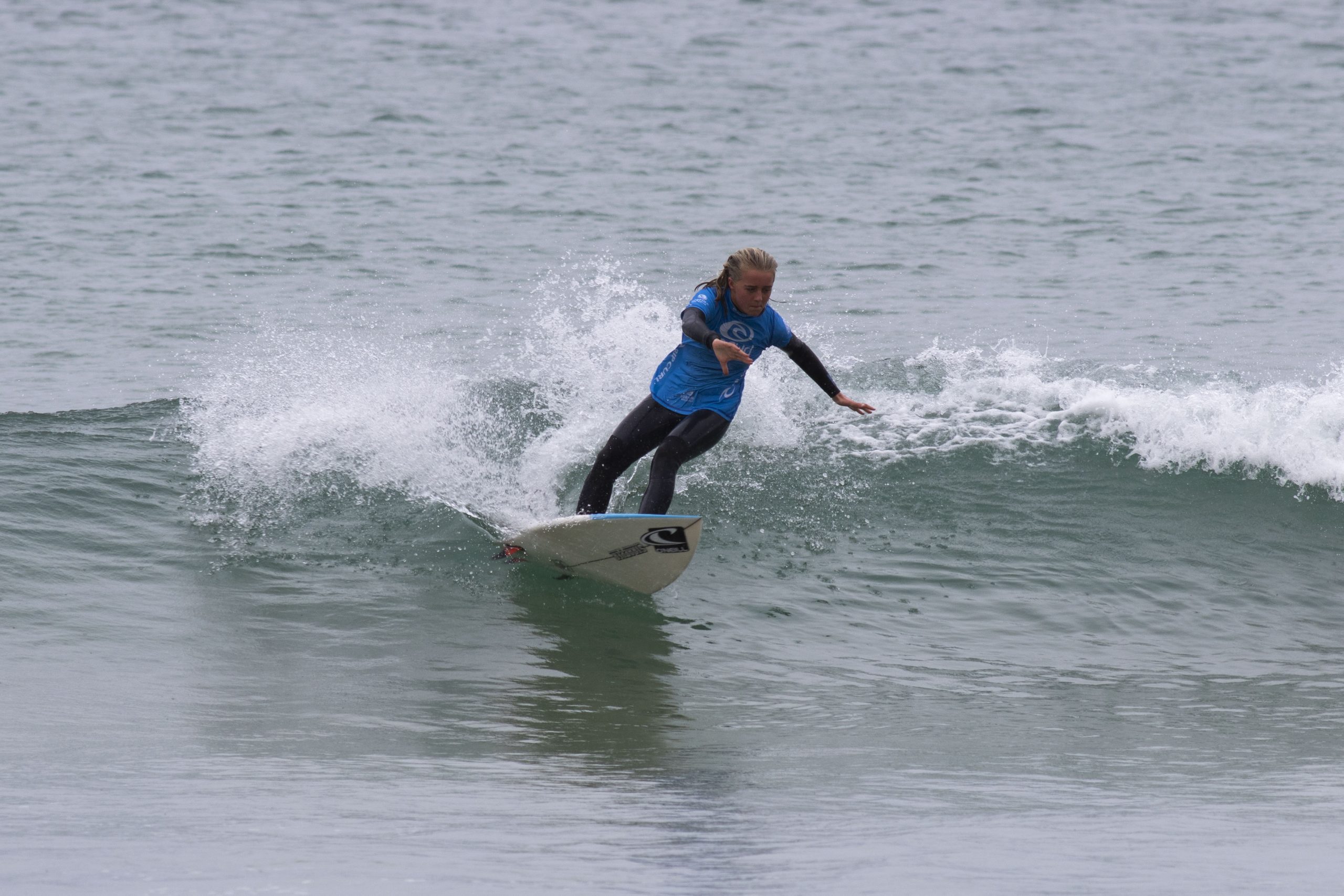 Day 1 of the Rip Curl Gromsearch kicked off at Jan Juc beach in clean 1-2 foot perfectly lined up waves. With plenty of runners on offer and the sun out, the groms in the opening round were able to rip into their best manoeuvres over the course of the day.

With a high tide at the start of the day slowing down the waves, the Under 16 boys’ and girls’ first round heats were decided by the competitor’s best one wave. This highlighted the surfer’s ability to throw everything they had into a single wave.

Ava Holland (Dromana) adapted to the change in format with ease earning herself a 7.83 point ride (out of a possible 10) through two critical hits on one of the clean set waves.

This saw Holland well out in front of her competitors only halfway through the heat securing her spot in the Under 16 girls’ semi finals.

“The waves were fun out there and to top it off, it was a really nice day,” Holland said.

“There were lots of good opportunities for scores out there, you just had to find them,” she added.

One of the highlights of the day was the expression session judged by 2018 international Rip Curl Gromsearch winner Xavier Huxtable (Jan Juc) and 2019 Australia Junior Champion Ellie Harrison (Barwon Heads).

Groms of all ages were frothing to capture the attention of the judges through exciting manoeuvres, epic barrel rides onto the shore and just by having heaps of fun.

Winning the all-round prize (a Rip Curl tail pad and sunnies) for ripping and having a crack was Rose Holland (Dromana) and the best combination of manoeuvres went to Leroy Filler (Jan Juc).

“The groms were ripping and having a great time which was really cool to see,” said Huxtable.

“It was inspiring to see the next generation of groms all out there catching waves.”

Other top performances for the day included interstate Under 14 Caden Francis (Gold Coast) scoring a 9.33 point ride on his way to a monster 18.06 heat total (out of a possible 20) and Ocea Curtis (Lennox Head) smashing out multiple searing carves for an 8.50 point ride.

The call for the second day of the Rip Curl Gromsearch tomorrow will be at 7.15 am for a 7.30 am start at Jan Juc.

Heat draws and live scores from the day can be found at www.surfingvic.com/live across the 2 day event.