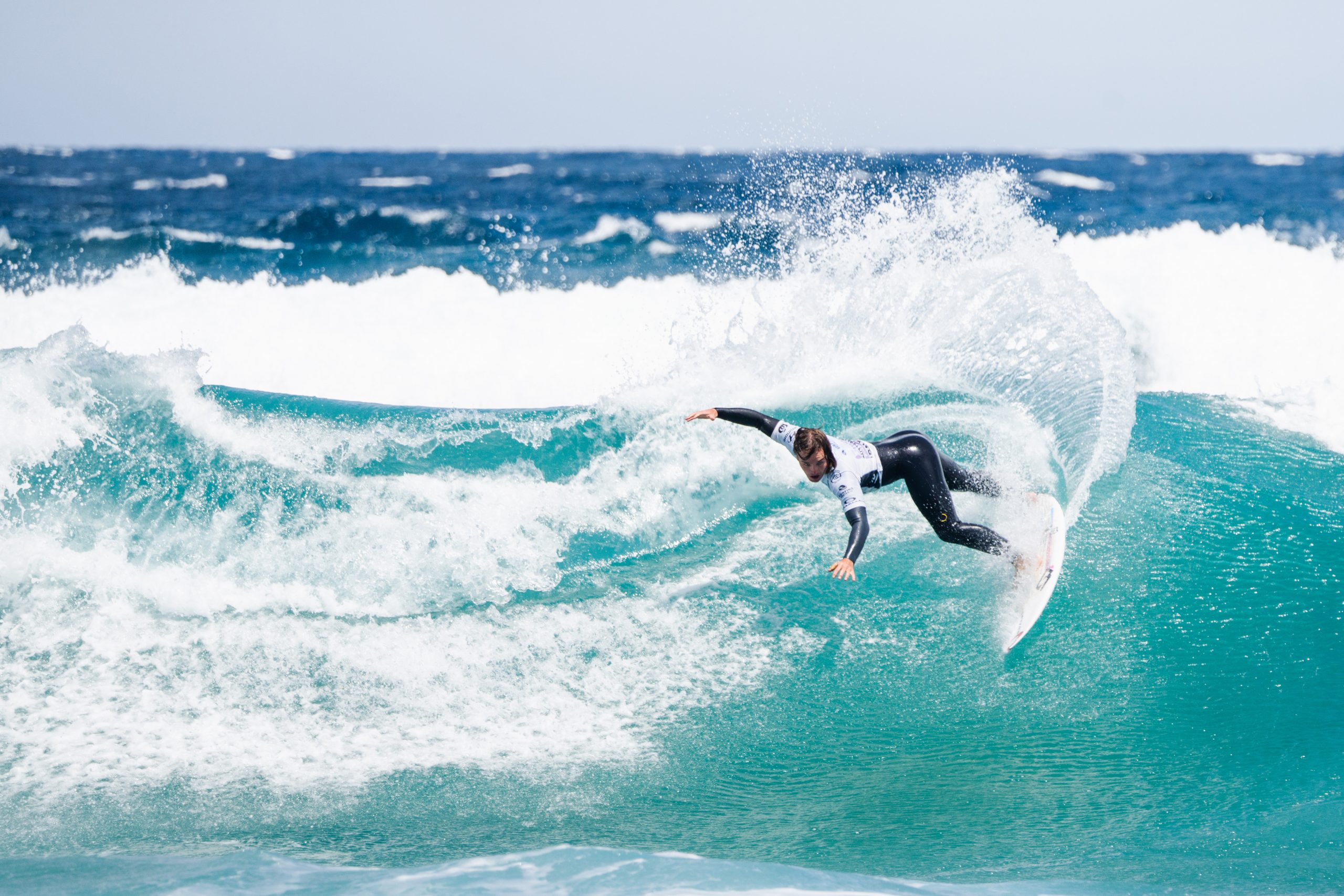 Local club Phillip Island have claimed victory at their home break today to progress through to the National Final of the nudie Australian Boardriders Battle.

After multiple postponements in 2020 due to COVID-19 restrictions, the event went ahead on Saturday at Cape Woolamai as the final qualifier in the national series.

With a wind-swept swell increasing throughout the day, conditions were challenging for all competitors.

Opening rounds saw the usual suspects dominate with Torquay Boardriders and Phillip Island claiming dominating victories to progress automatically through to the final.

Local young-gun Codie Jeffery was the steadying force in the final for Phillip Island locking in a 7.93 to ensure Phillip Island took home the top spot and the $2,000 prize money.

Phillip Island finished with a team total of 32.97 points. Jeffery also walked away as the Oakley Prizm Performer of the Weekend.

“It’s an amazing feeling to get the win” said Jeffery. “We worked our asses off for this and got the job done. To do it in front of all our mates at home makes the win that much better.”

“The team probably won’t change too much between now and the final. We will just get up there and give it a crack.”

Finishing in second place and claiming the second spot in the National Final was Peninsula Surfriders on 30.53 points, just .23 of a point ahead of third place team Torquay on 30.30 points.

“We’re over the moon,” said Peninsula club captain Sean McDevitt. “Any time we can get a win over Torquay is a massive deal for us as we think they set the standard for the state.”

“We are just going to buckle down now and train really hard for the National final and see how we go!”

The National Final is scheduled to take place in Newcastle, NSW on May 15 & 16 and will be broadcast via www.australianboardridersbattle.com

Full results can be found online via www.liveheats.com/surfingvictoria

Now in its eighth season, the nudie Australian Boardriders Battle is the country’s biggest grassroots boardriders event, involving more than 60 of Australia’s best boardrider clubs and $112,700 in prize money across the series.

The series is officially sanctioned by the World Surf League (WSL), which allows Australian WSL World Tour surfers (Men and Women) the opportunity to represent their local boardriders club at respective State qualifying events and the National Final.