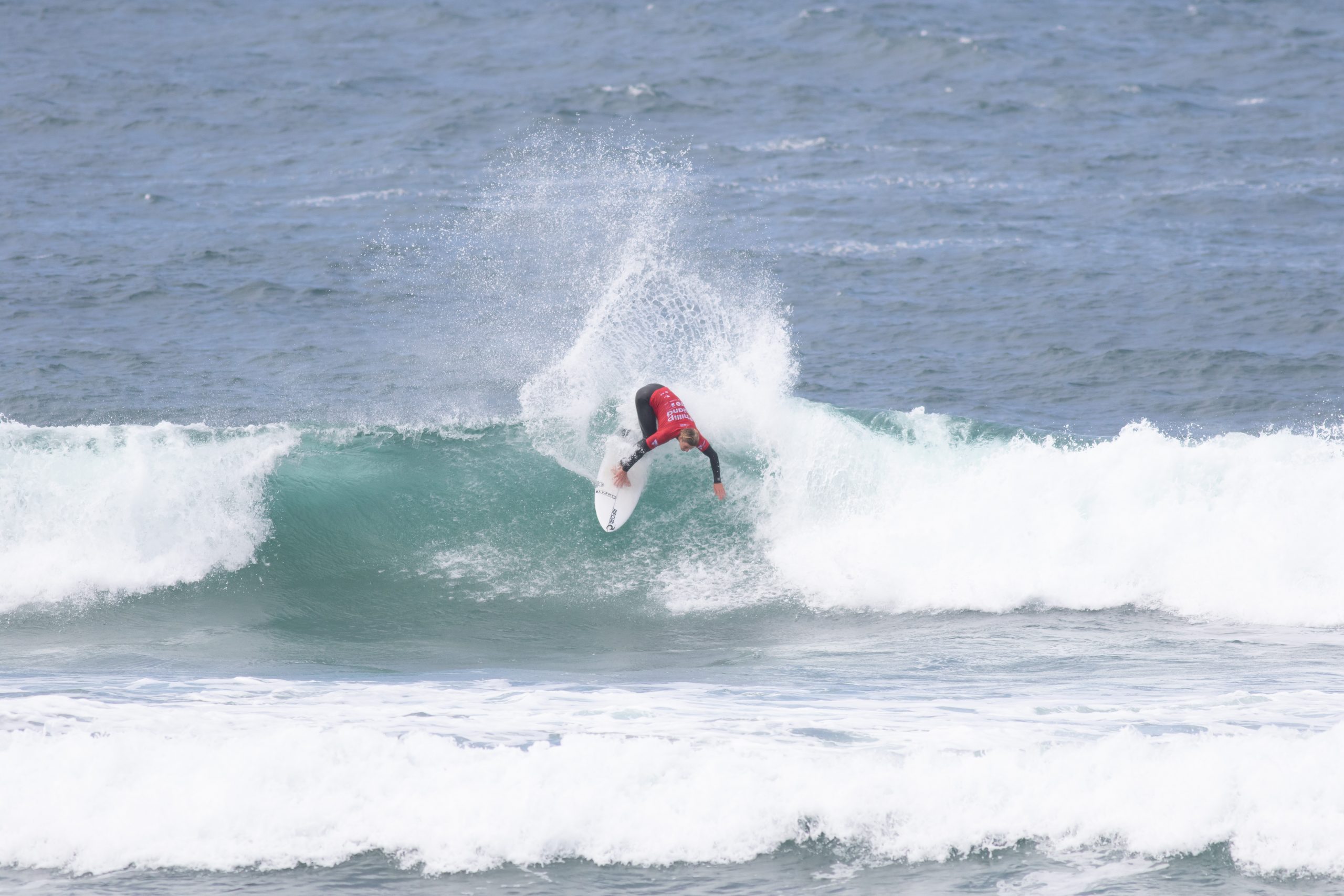 A strong swell and westerly winds forced the event to move from its primary location of Cape Woolamai to the Penguin Parade giving competitors the chance to perform on the sheltered reef break.

It was a strong start for Victorian Tully Wylie (Bells Beach, VIC), finishing his Round of 32 heat with a day leading heat total of 17.00 points.

Wylie was unstoppable on his backhand, locking in an excellent 8.25 score on his opening ride before backing it up with an 8.75 later in the heat to move through to the Round of 16.

“Its so nice to have a heat with plenty of waves for everyone” said Wylie. “It was good to open up on a couple of sections and really have some fun out there.”

“[Its good to have a comp down at home. We get to just jump in the car and drive down with a few mates. I made the quarter finals here last year and hopefully I can make a few more heats this year.”

Nyxie Ryan (Lennox Head, NSW) was in strong form today progression through her Round 16 heat to earn a place in the Quarter Finals.

Ryan finished with a heat total of 11.35 points progressing along with Torquay’s Angela Ball.

“I haven’t surfed a heat in a QS for a while so I’m stoked to get a heat win” said Ryan.

“We came down to Phillip Island a few days ago, its pretty cold compared to home but its such a beautiful area and the waves seem to be always pumping down here!”

Competition will resume tomorrow with a call at Penguin Parade at 7.30am for an 8am start.

Full results can be found at www.worldsurfleague.com