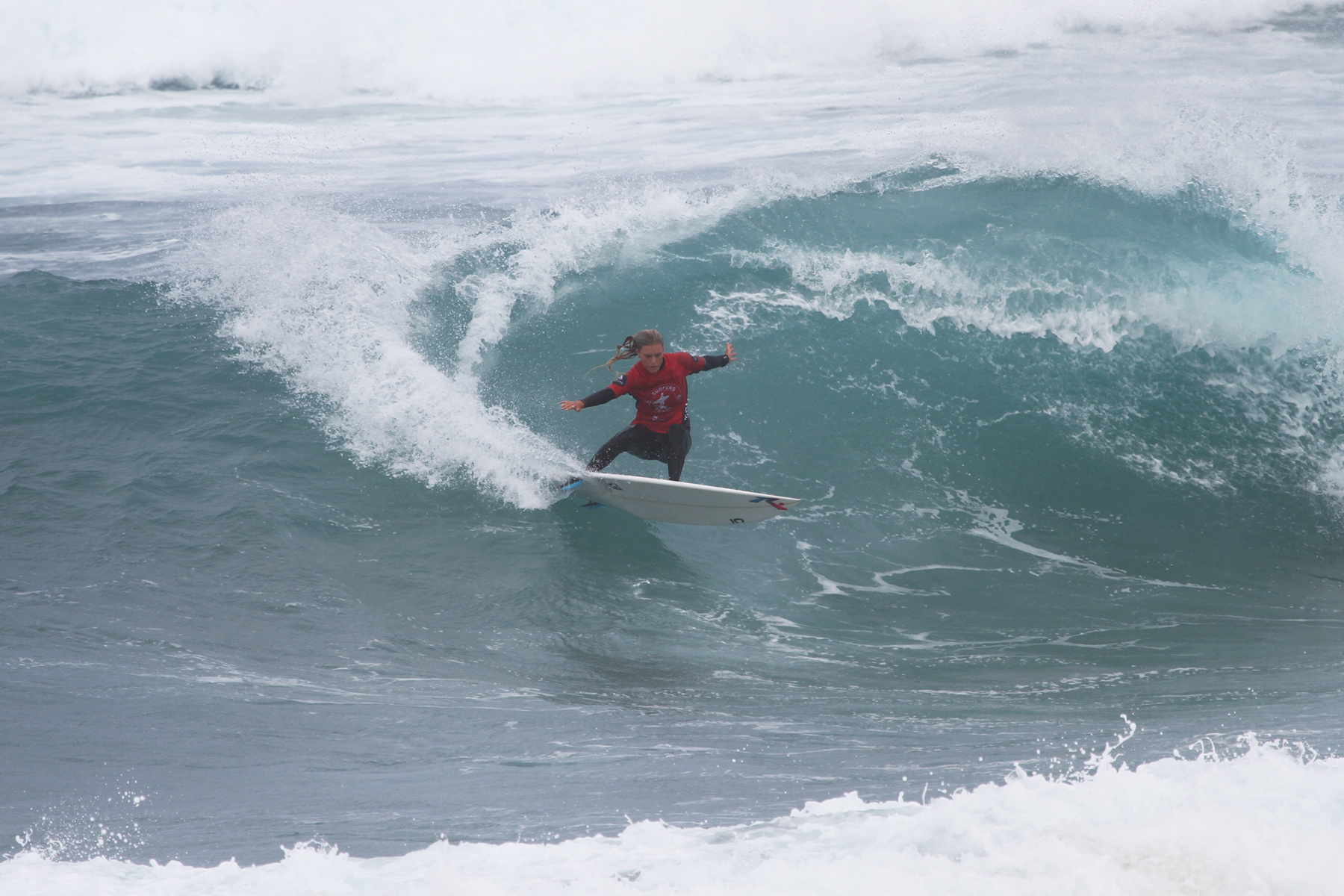 Phillip Island duo Codie Jeffrey and Sophie Fletcher take out Round 2 of the Victorian Open Titles on the Mornington Peninsula.
Published on 31/01/2022

In what was an enthralling and highly competitive event in solid waves, Phillip Island duo Sophie Fletcher and Codie Jeffrey have reigned supreme in Round 2 of the Victorian Open Titles on the Mornington Peninsula in the respective Open Women’s and Open Men’s divisions.

The competitive field was faced with some challenging conditions including a solid swell and a strong rip which played havoc during the day, sweeping competitors all around the beach. However, it didn’t dampen the competitive spirit with surfers putting their best foot forward and thriving in the difficult conditions.

As the key pathway into the Rip Curl Pro Trials, the three-event Victorian Open Titles acts as a major drawing card for all of the state’s best surfers, with competitors gaining an opportunity to secure a wildcard into the prestigious Rip Curl Pro Trials with a strong showing in the open series.

In a highly entertaining and competitive Open Women’s field, it was current WQS surfer Sophie Fletcher (Phillip Island) who was able to perform to an outstanding level throughout the day and get the event win and secure back-to-back wins to take out the Women’s state title.

Fletcher was able to utilize her competitive experience and use a repertoire of backhand manoeuvres to oust her fellow competitors, putting forward a strong total that left the young Open Women’s field trailing behind.

“I’m thrilled to take out this weekend’s event and the 2022 Open Women’s state title against a really competitive field”.

“Special kudos today to the amazing surfing that all of the women did and in particular the surfing that the girls who made the final did, all of which were junior competitors”.

Finishing in second was Ava Holland (Dromana), third place went to Eva Bassed (Sandy Point), and rounding out the final in fourth was Sarsha Pancic (Blairgowrie).

In a superb Open Men’s final, it came down to a last-minute excellent score from Codie Jeffrey (Phillip Island) who managed to leapfrog a rampaging Bohdie Williams (Point Lonsdale) as Williams fell behind by 0.3 points in the dying stages.

The former Victorian and Australian junior champion in Jeffrey was able to secure two big scores in the twilight of the Open Men’s final thanks to some elite backhand surfing which saw him achieve a total that was too big of a task for the rest of the field.

“I’m super stoked to take home the win in today’s event and score some bigger swell at Gunnamatta”.

“We’ve had a pretty bad run of waves here in Victoria the last couple of weeks, however today and in particular in the morning, it really turned on”. Jeffrey said.

The third and final round of the Victorian Open Series will be run on the 12th of February at Phillip Island, where the series will draw to a close for 2022.

Live scores, results and heat draws/schedules can be found online at www.surfingvic.com/live .

The Victorian Open Series is proudly presented by Surfers Rescue 24/7 and supported by the Victorian Government, Cancer Council Sunscreen and City to Surf Mobile café.