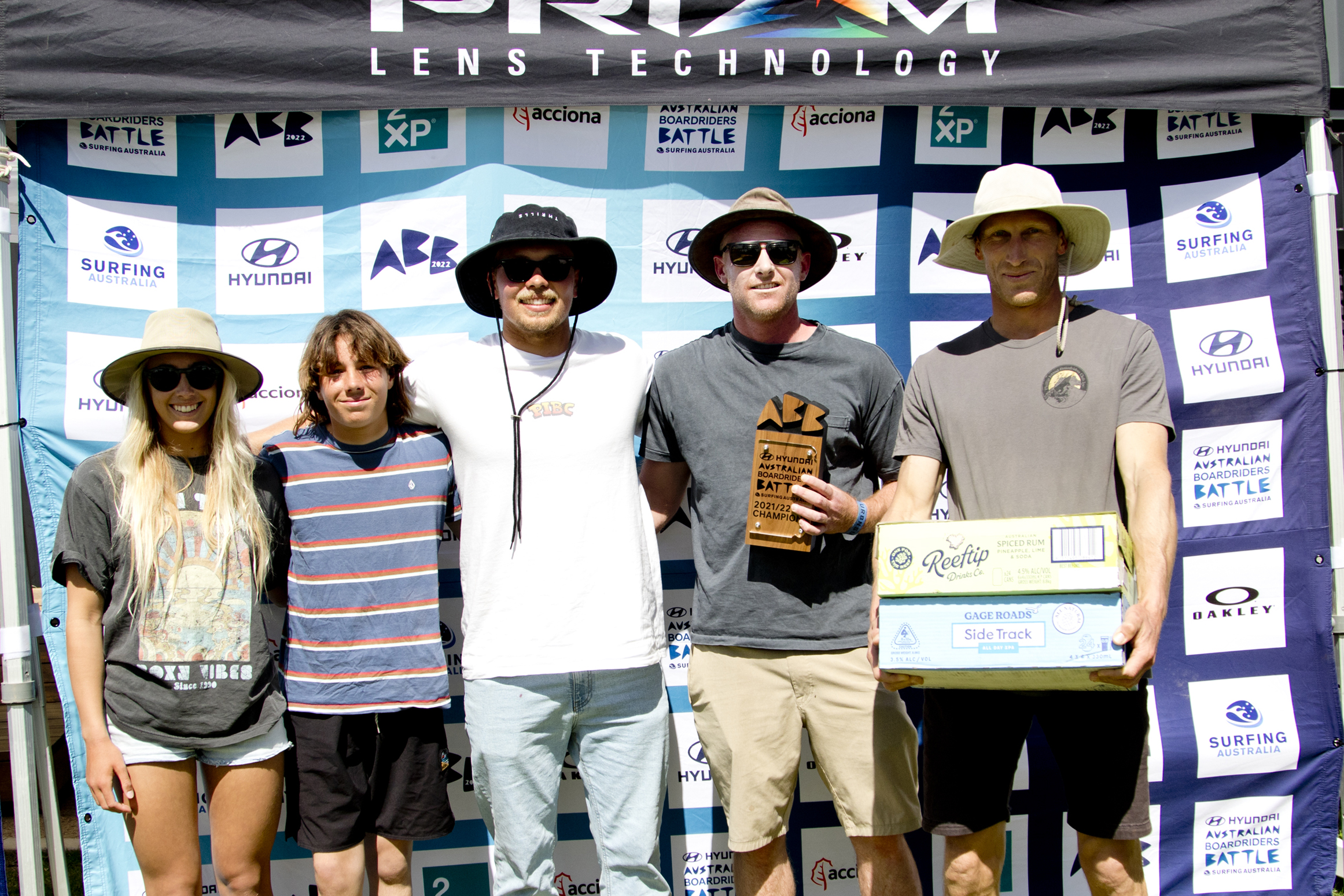 Phillip Island Boardriders Club have claimed the Victorian Qualifying round of the Hyundai Australian Boardriders Battle at URBNSURF Melbourne under blistering sunshine.

Broadcast live on Kayo Sports, the event was part of the biggest and best club surfing series on the planet.

Featuring nine of the best Boardriders Club from around the state, the event was held at Australia’s first surf park URBNSURF in an innovative format mimicking the standard ocean format.

The final saw the traditional powerhouse clubs of Torquay, Phillip Island, Peninsula and 13th Beach compete for the two spots available into the National Final.

Even with a strong showing from biggest rival Torquay, it was Phillip Island who took the top honours on the day led by Carl Wright, Harry de Roth and Sage Goldsbury.

“It’s always good to beat Torquay” said Club Captain Harry de Roth. “The waves at URBNSURF are super fun and it evens out the playing field in an event like this.”

“We are super excited to head back to the National Final. Everyone is feeling super confident and it is one of the best events of the year.”

Power surfer for Phillip Island, Carl Wright, put on an impressive display locking in an 8.83 score and backing it up with a 5.73 power wave.

He was backed up by Sage Goldsbury who locked in the highest wave score of the final, a 9.00 point ride. Phillip Island finished the final on a heat total of 43.16 points.

Placing in second and also scoring a spot in the National final was Torquay Boardriders. They finished on a heat total of 39.90 points.

Finishing in third place was Peninsula Surfriders on 37.17 points with 13thBeach Boardriders in fourth on 33.11 points.

The Hyundai Australian Boardriders Battle National Final is set to take place in Newcastle, NSW in 2022.

With a rich history full of massive moments, it’s a guarantee that yet again the 2021/22 series will see the cream of the crop will rise to the top at both state and national levels.

Now in its ninth season, the Hyundai Australian Boardriders Battle is the country’s biggest grassroots Boardriders event, involving more than 60 of Australia’s best clubs and boasts a whopping $112,700 in prize money. Competing clubs nominated squads of six surfers – 3x Open Males, 1x Open Female, 1x Over-35 Master (male or female) and 1x Under-18 junior (male or female), who competed in an exciting and dynamic format.

NOTE: Due to the ongoing COVID-19 situation and Surfing Australia’s commitment to comply with all State and Federal regulations, series dates are subject to change at any time.

For previous results, images and video highlights head over to www.australianboardridersbattle.com​