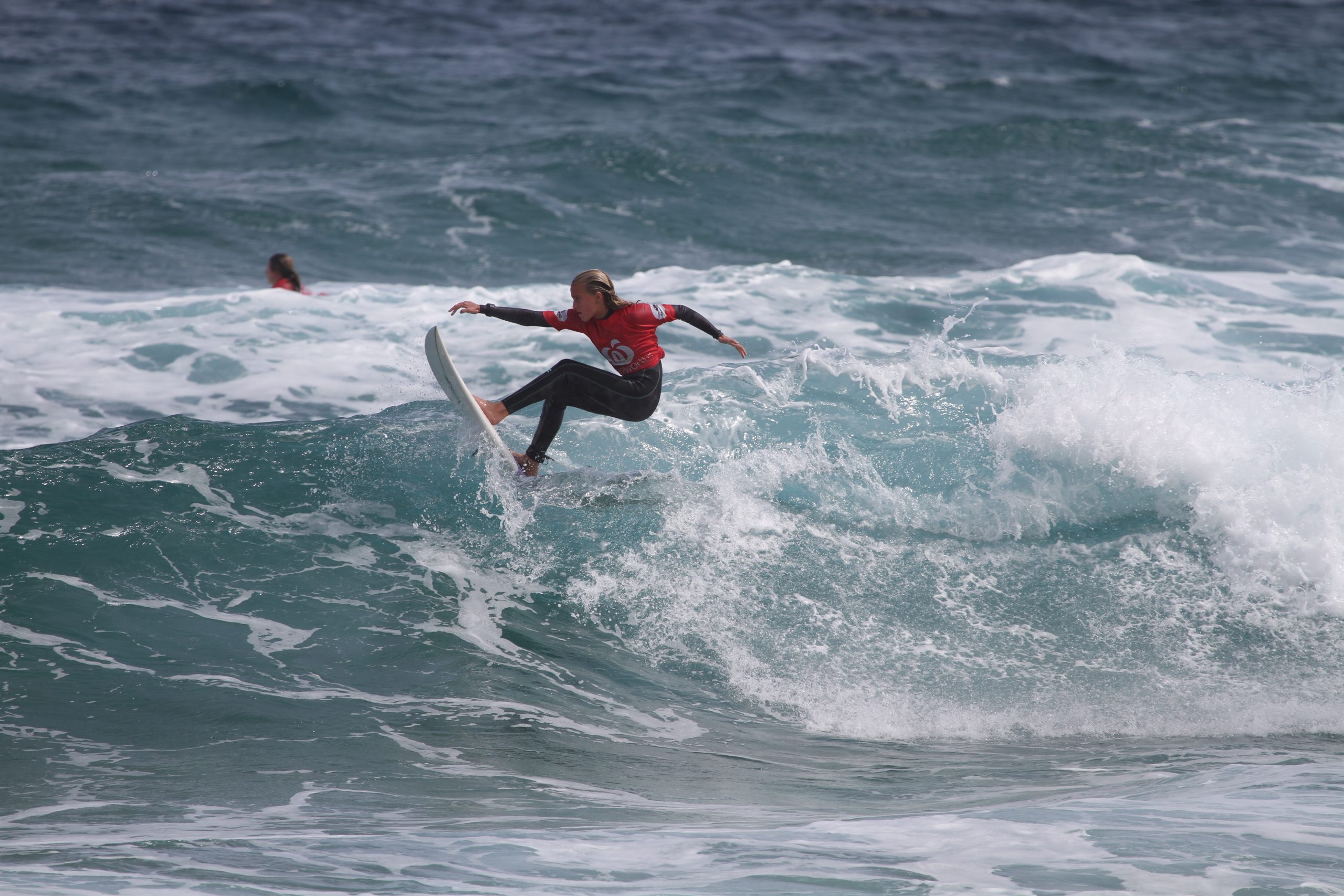 The opening day of the Woolworths Victorian Junior Series, held at Cape Woolamai, welcomed the competitors with epic 2 ft (0.5 to 1m) waves.

The event start was delayed 2 hours to wait for the incoming tide, allowing competitors such as Under 14 Girls’ Dune Pruvot (Jan Juc) to post excellent rides.

Pruvot took out her semi final with a pair of 8 point rides earning her an impressive 16.07 total (out of a possible 20), progressing to tomorrow’s Final.

“I was super stoked to get a few excellent waves out there” exclaimed Pruvot.

“I was really happy with my heat”.

“I’m excited to be back competing with my friends”.

On the under 18 boys side of the draw, Lucas Hickson (Rye) also took advantage of the great waves on offer putting down his own pair of excellent rides.

Hickson took out his semi final with a heat total of 16.4, putting him in a good position to start off his State Title campaign that could lead to the national titles in Stradbroke Island.

“It’s good to have somewhere to aim for at the end of the year!” said Hickson.

Even with an early turning of the wind to a light onshore Cape Woolamai still produced rippable waves allowing for more excellent rides. Sam Patterson (U/16 Boys, Bass Coast) proved just that, scoring a 8.17 (out of a possible 10 points) with two strong turns on the open face.

Competition was tough in the early rounds of the U/18 Boys as Willis Droomer (Bells Beach) and Willem Watson (Barwon Heads) battled it out in a tight heat.

Droomer resorted to innovative aerials to secure victory, earning himself a high scoring 8.33 wave (going towards his 16.66 total).

Watson’s sharp turns collected him a 7.83 ride, securing him a finals berth.

The event concludes tomorrow with the location and start time to be decided and announced over Surfing Victoria social media.

Heat draws and live scores can be found at www.surfingvic.com/live across the 2 day event.