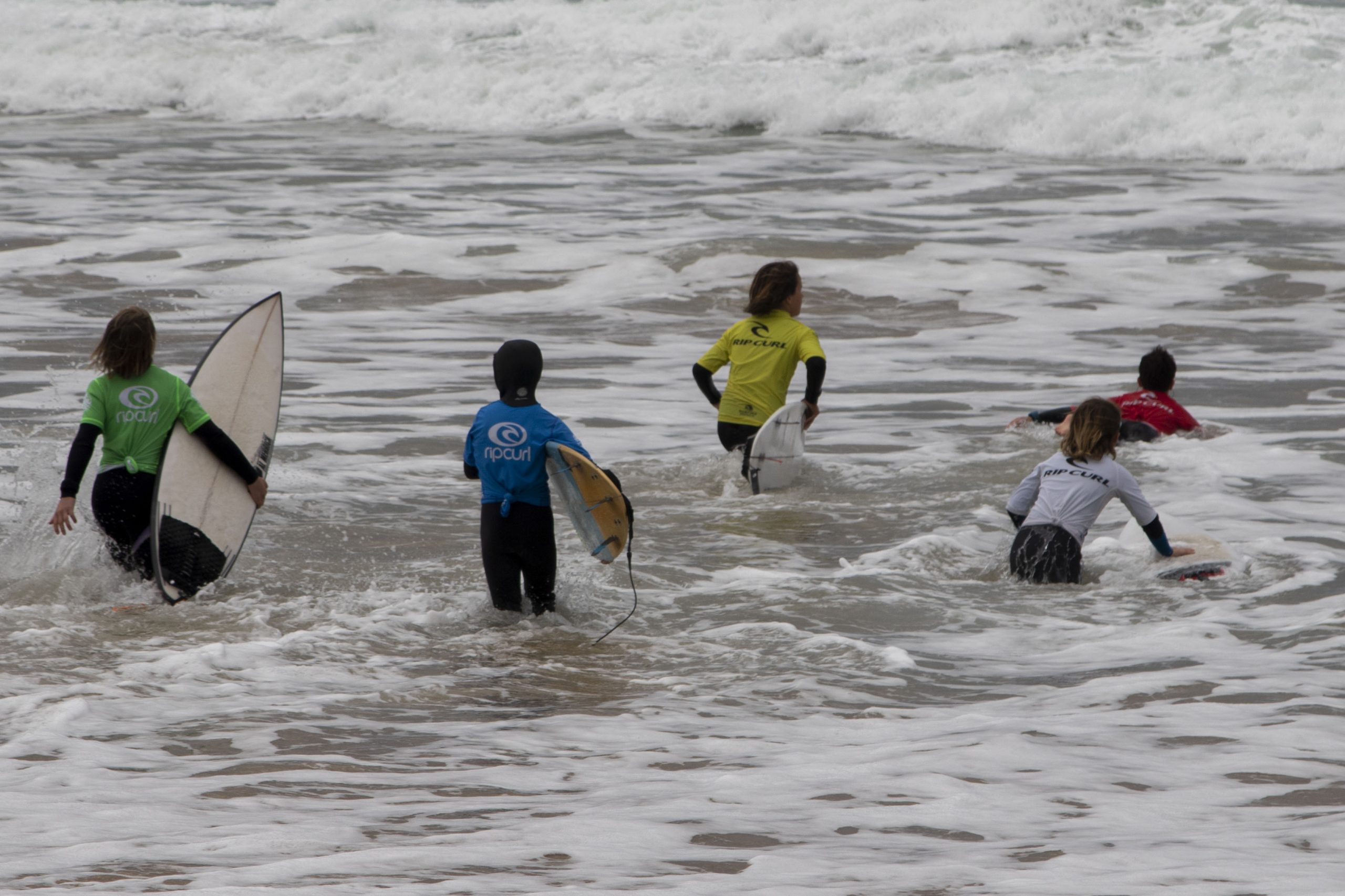 Competition resumed at Jan Juc for Day 2 of the Rip Curl Grom Search qualifiers with the competitors being greeted with a welcomed increase in wave size. The 2-3 foot A-frame peaks created a multitude of opportunities for the groms to battle it out for first place in this prestigious competition.

Surf Coast local Kai Coleman (Mount Duneed) blitzed his way through the Under 12 boys draw to take the win. Coleman started the heat strongly with a 9 point ride (out of a possible 10) and never looked back, scoring several other excellent rides which put his competitors in a combination situation.

“It was really fun to be out in 2-3 foot pumping rights for the final with everyone ripping,” Coleman said.

“I was really happy to get the win in my first ever gromsearch competition,” he continued.

When the heat was complete Coleman had surfed his way to an impressive combined heat total of 18.57 (out of a possible 20) through a fearless approach of attacking the waves.

In the Under 16 girls division Lani Cairncross (Kiama Downs) came out on top in the final with two 6 point rides leading to a combined heat total of 12.84 points to secure the win.

This came after Cairncross came in 2nd place in the Under 14 girls’ final giving her the motivation to come out on top in the Under 16 division.

“I feel really honoured to have been able to compete in the comp and especially come away with the win,” said Cairncross.

“The conditions were really clean and it was a great size, which made for such a fun day,” she added.

Coming in a close second was Under 14 girls winner Charli Hately (Currumbin), who only needed a 5.64 point ride to get into the lead. Hately had the highest wave score of the heat, a 7.20, however, she was unable to find another wave to back it up.

On the other side of the draw, in the Under 16 boys Jimmi Hill (Anna Bay) put on display a range of powerful hacks and carves which earned him a combined 14.33 point total and the win.

The speciality awards for the event were scored by Evie Wilson (Marcus Beach) and Caden Francis (Gold Coast) who took out the Rising Star award and Charli Hately (Currumbin) and Kai Coleman (Mount Duneed) who won the Outstanding Performance award.

The winners of the other divisions included Henry Dowling (Sunrise Beach, Under 14 boys) and Evie Wilson (Marcus Beach, Under 12 Girls).

Heat draws and final results from the day can be found at www.surfingvic.com/live across the 2 day event.