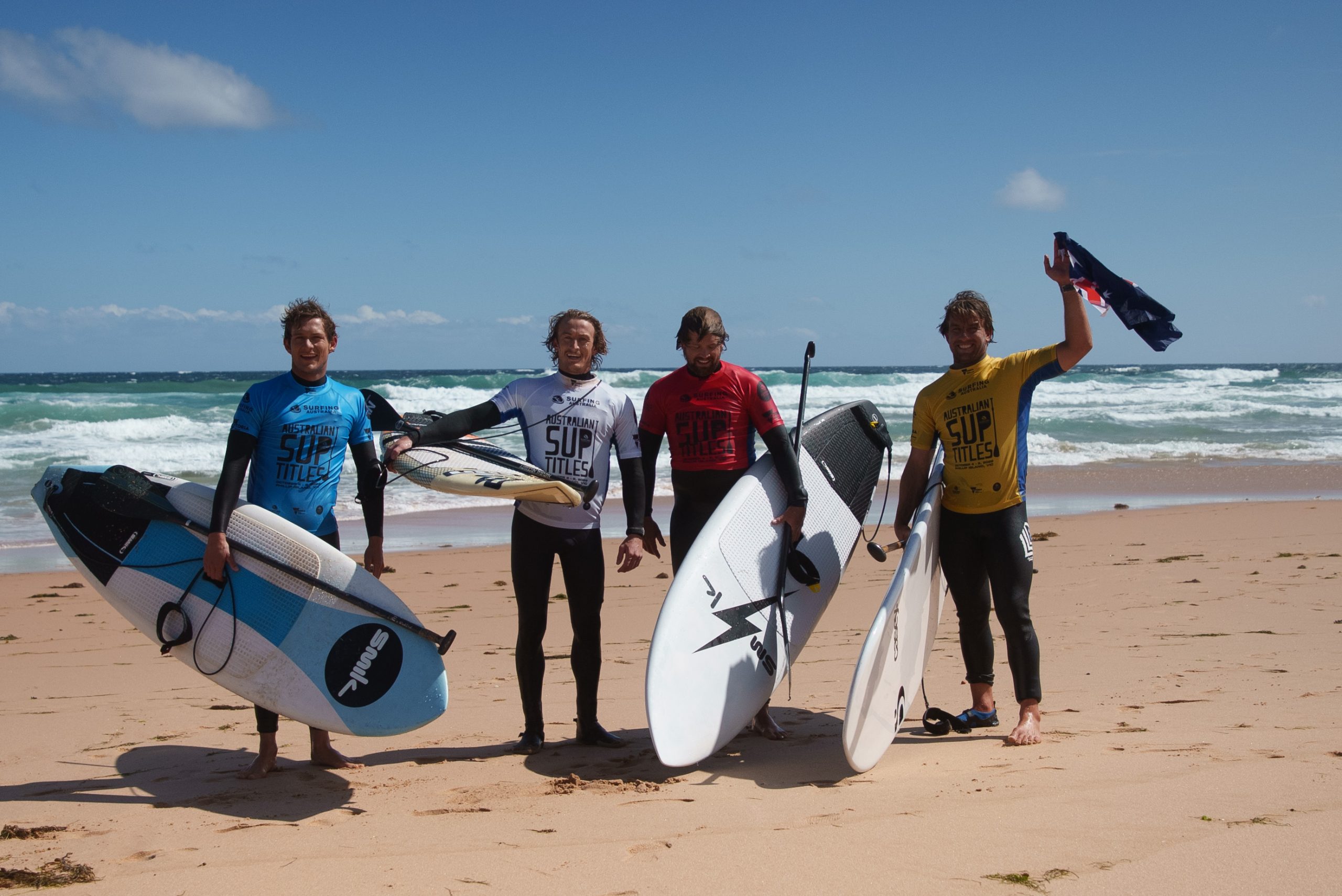 Mother Nature turned it on for competitors who only yesterday were racing in near flat conditions at Woolamai beach.

“It was pretty wild. The wind just kept getting stronger and the tide was dropping making it more washing machine like as the day went on,” Casey said.

The impressive paddler managed a near-perfect 9.80 single wave score in both divisions.

“I had good rhythm today. Despite being onshore and all over the place, there was a good rip bowl section,” he said.

Even injury couldn’t slow him down.

“I had four stitches in my foot yesterday. The doctor said don’t go in the water. That was never an option. I wore a booty to keep it snug… might be doing that more often now,” Casey said.

Casey now has eight Australian SUP Titles to his name.

“It was super tricky. The wind was very strong but all us girls still got out there and had a crack. I was lucky enough to win both of my heats,” Rayner said.

It was also the first time both women have won an Australian SUP Title, with Finlay-Jones claiming three (marathon, technical and surfing division).

“The bigger boards were the pick in those conditions. You could get the big outside waves and link them all the way,” Finlay-Jones said.

Contest Director Max Wells said it was probably some of the toughest conditions they’ve faced.

“We saw some really remarkable surfing. It was spectacular to watch the way Casey tore the whole place apart and the women tackle the challenging conditions and come out with a grin on their faces,” he said.

All results can be found on the Australian SUP Titles website.

The 2022 Australian SUP Titles are supported by the Victorian Government.