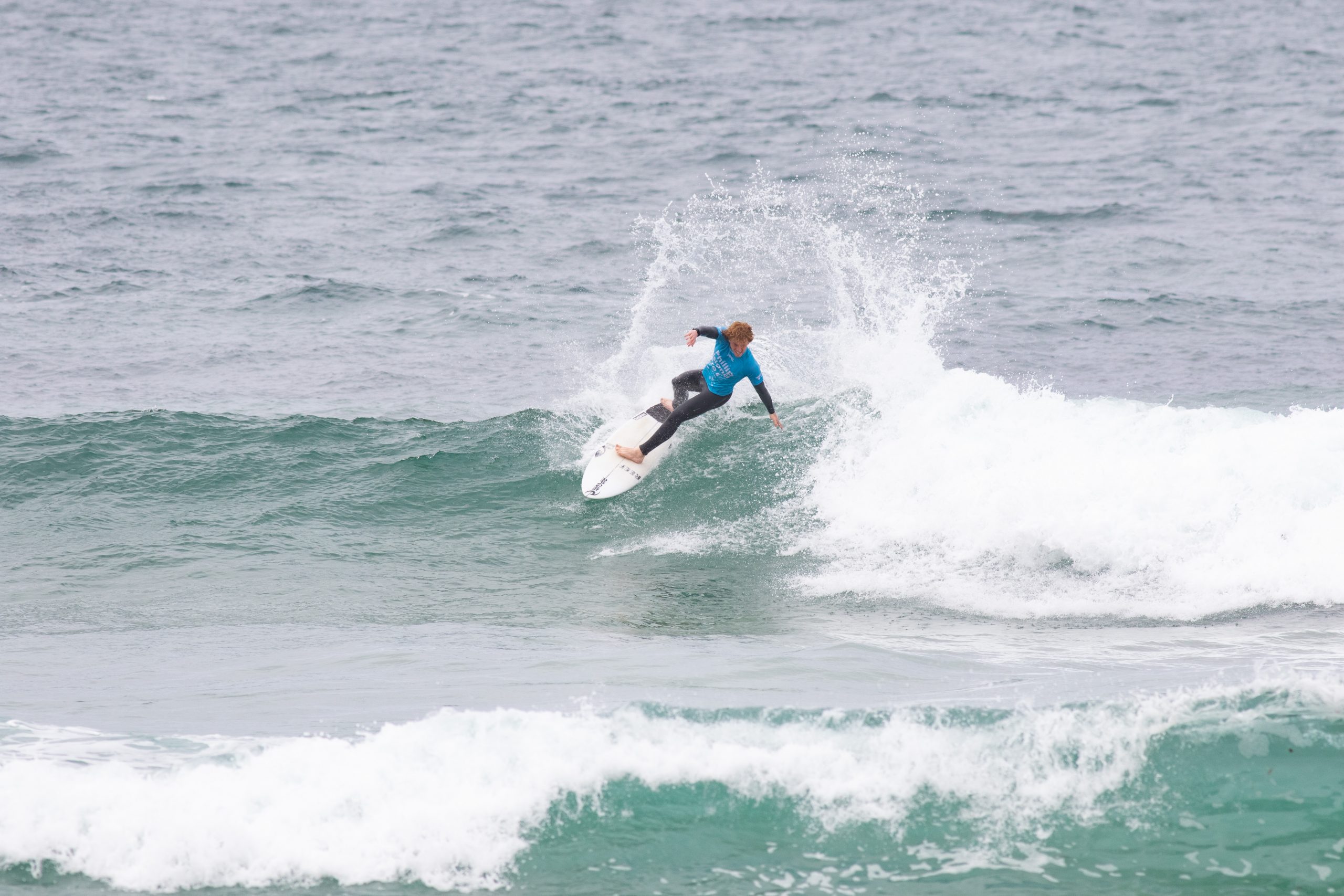 The event returned Friday to the Penguin Parade on Phillip Island’s western edge with a solid day of surfing to decide the final six surfers in the event.

Surfing in his home state, Xavier Huxtable has been right at home on the slopey right handers progressing to the final day of the event.

“This is my first ever semis at a QS, so I’m super excited to get through and be there on finals day” said Huxtable.

“It’s awesome to have an event in Victoria, even though I’m from the Surf Coast it still feels like home with all my friends and family here to watch.”

“It looks like we could be at solid Woolamai tomorrow which would be awesome. It’s an epic wave and would be a great way to finish.”

On the women’s side of the draw, 16 year old Zahlia Short (Woolongong, NSW) surfed well beyond her years making the Final of the Women’s draw.

“It’s my first time down at Phillip Island. It’s so different compared to New South Wales, it’s a lot colder, but its’ so beautiful and the waves are so fun” said Short.

“I have only done a few QS events in the past so to get this far is amazing, I cant wait for finals day.”

Also making the final of the Women’s is Lennox Head’s Nyxie Ryan who progressed over Ellie Harrison (Barwon Heads, VIC) in a countback situation where both surfers ended up tied. In this situation, the surfer who had the highest single wave score progresses through the heat.

A call for finals day competition will be made at 7am on Saturday for a 7.30am start at Cape Woolamai.

Full results can be found at www.worldsurfleague.com