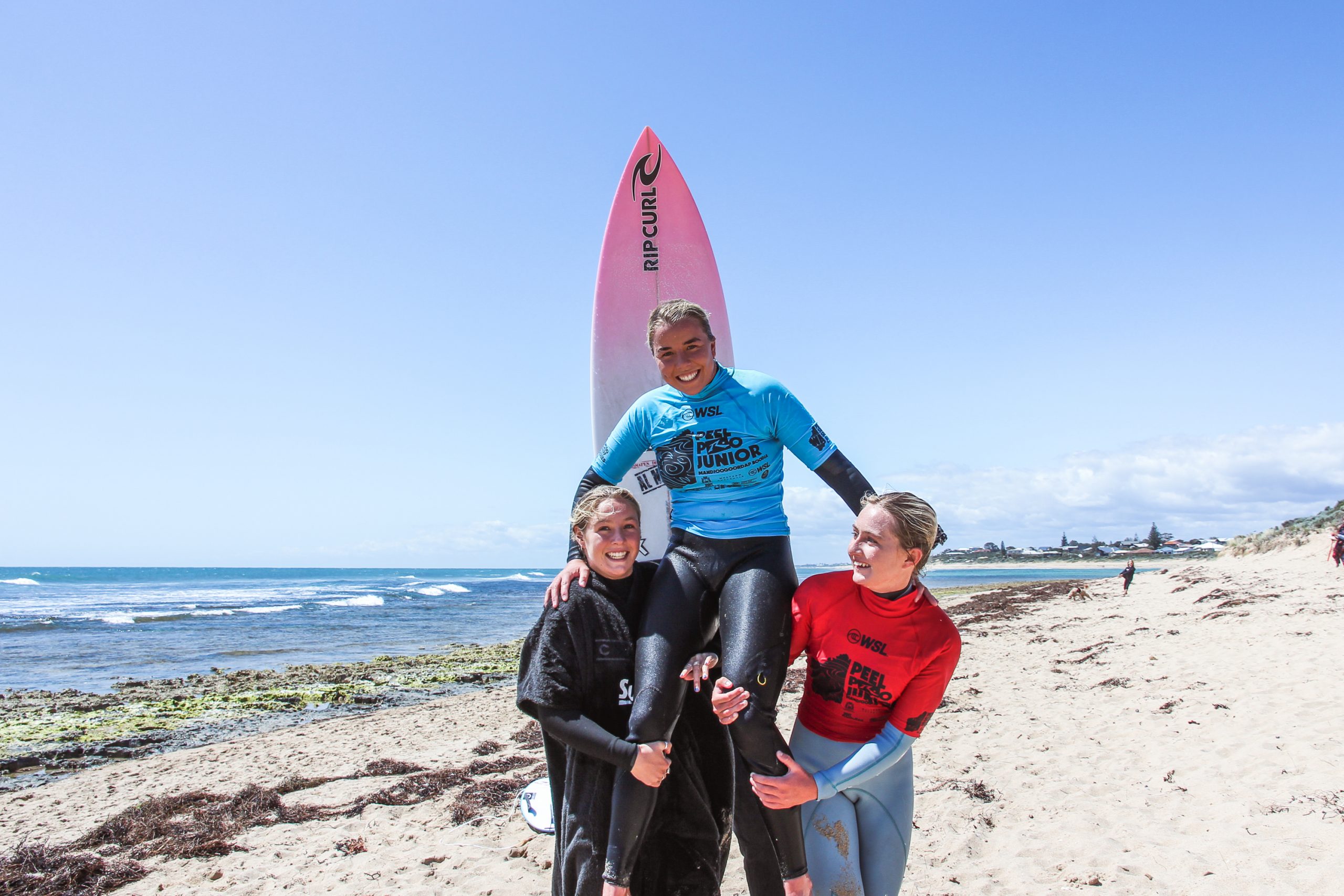 After small surf and onshore winds forced officials to call a lay day yesterday, finals day delivered for some of the Australia’s very vest 20 and under surfers, who ripped into 2-4 feet surf at Avalon Point with an amazing standard of surfing from both the Men’s and Women’s competitors.

The final event of the 2022 World Surf League (WSL) Australia / Oceania Junior Series, provided many highlights and nail-bitting moments, as Chell and Harrison both confirmed their positions in the WSL World Junior Championships scheduled to run in California in January 2023.

Lennox Chell claimed his maiden Pro Junior victory by taking down Saxon Reber (Manly, NSW), in an all goofy foot final. Both surfers exchanged great waves and big scores in the long running left-handers on offer at Avalon which allowed them to display a full array of innovative and progressive manoeuvres.

Despite an afternoon sea breeze, Chell sliced and diced his way through the conditions with ease, dropping an excellent 8.50 (from a possible 10), on his opening wave before finishing on a two-wave combined total of 12.80 (from a possible 20).

Reber was in great touch all event dropped a high score of 7.00 (from a possible 10), but couldn’t find a back up score when it mattered and was left chasing a 5.81 for the win.

“It’s always nice coming back over here to the West, it’s been a long time since I last won a comp and this is my first Pro Junior win,” said Chell. “Mandurah is really scenic, it’s a nice town with all the canals and stuff, the waves were really fun and glad we scored for finals day.”

In the Women’s final, Ellie Harrison scored a buzzer beating 6.00 (from a possible 10), to claim a clutch win from arguably the surfer of the event Sierra Kerr (Coolangatta, QLD) in a memorable moment for the young Victorian.

Harrison trailed Kerr for a majority of the 25-minute final, but scratched into a set with just seconds to go and slapped the lip multiple as the siren sounded, edging ahead with a winning two-wave total of 12.75 (from a possible 20), with Kerr less than a point behind on 12.00 (from a possible 20).

The win for Harrison was her third in 2022 and sees her finish on top of the WSL Australia / Oceania Junior rankings and qualify for her first the World Junior Championships along with Kerr.

“I literally left it to the last minute, so it was a bit stressful, but I’m happy to get the win,” said Harrison. “I really look up to Sierra even though she’s younger than me and her surfing has been amazing all event. This gives me great confidence going into the QS1000 event in Yallingup later this week so I’m stoked.”

The Peel Pro Junior was the first WSL Junior Tour event in Western Australia since 2017 and the final event of the 2022 Australia / Oceania region.

“WSL would like to congratulate our Regional Junior Champions for 2022,” said WSL Asia Pacific Tour Manager Ty Sorati. “Well done to Marlon Harrison (Coolangatta, QLD) and Ellie Harrison, who have now qualified for the World Junior Championships to be held in January 2023, joining them will our regional runners up, Lennox Chell and Sierra Kerr.”

The Peel Pro Junior kicked off the 2022 WA Pro Surf Series, which will now head to Yallingup for a Men’s and Women’s QS1000, providing a coastal road trip for travelling surfers to compete in back-to-back events and shining the professional surfing spotlight on the South-West corner of WA.

“Congratulations to all our Pro Junior surfers and well done to our local WA talent who competed very strongly on home soil,” said Surfing WA Events Manager Justin Majeks. “Mandurah has once again delivered above and beyond most surfers expectations and we can’t wait to return here in the future.”

The WA Pro Surf Series will continue later this week in Yallingup, with the Cape Naturaliste Pro presented by Creatures of Leisure which has a four-day competition window from October 20-23, 2022.

You can find the full results from the Peel Pro Junior via the World Surf League mini event site:
www.worldsurfleague.com/events/2022/mjun/4169/peel-pro-junior

For more information on all surfing events held in WA be sure to checkout: www.surfingwa.com.au

About The West Australian Pro Surf Series:
The WA Pro Surf Series was established in 2018 is set to return in 2022. The series has been created for local, Australian and international surfers to gain ranking points and prize money on the WSL Junior Tour and Qualifying Series. Back-to-back events in Mandurah and Yallingup creates a WA coastal road trip for surfers to explore the wide variety of waves, amazing local communities and unique surfing culture of Western Australia.