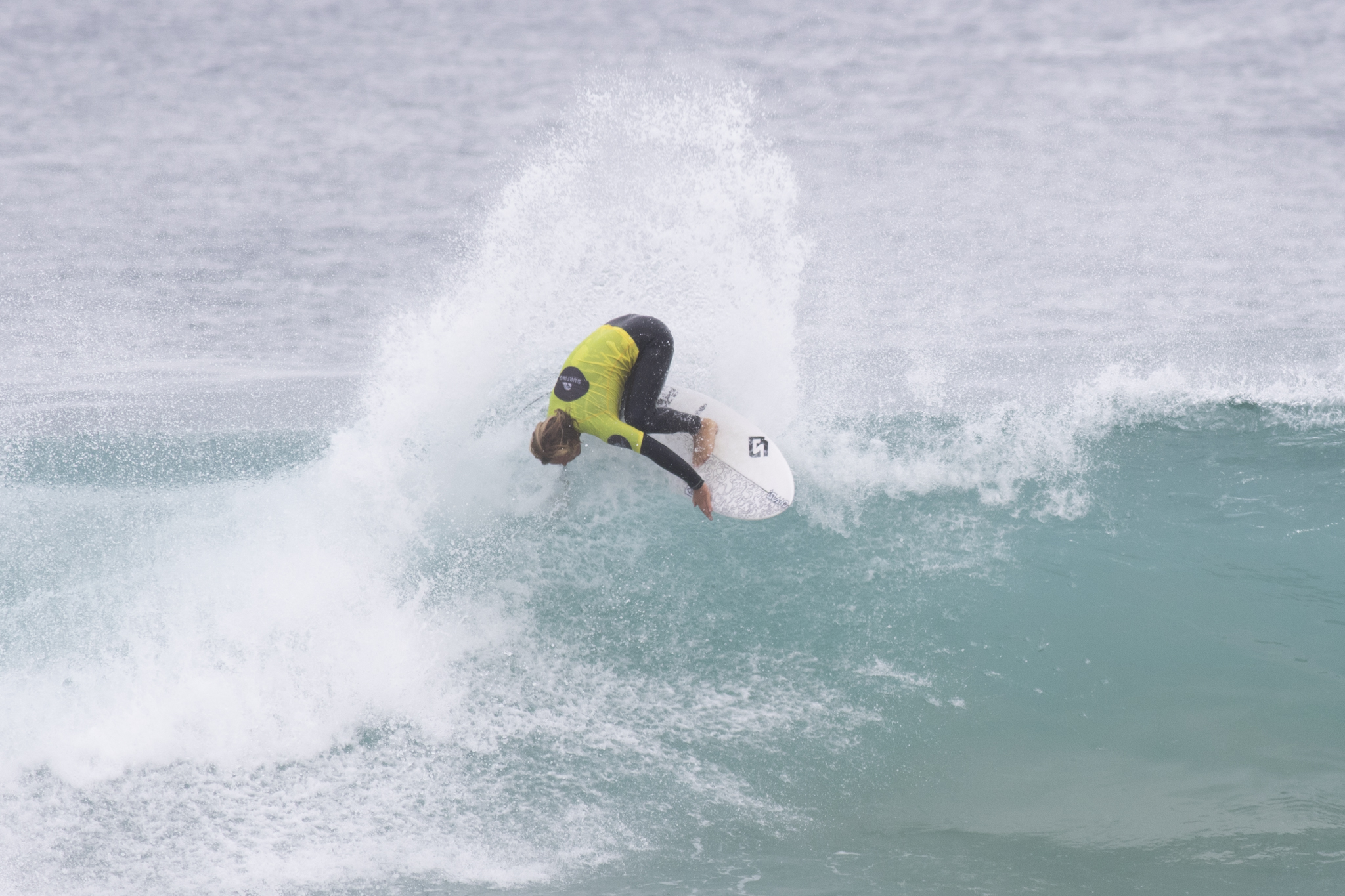 After multiple events being postponed due to COVID restrictions, competition got underway in 4ft offshore conditions.

Ripping all day in the Open Men’s division was Joe Van Dijk (Phillip Island), who saw himself get to an early lead in the final with a combined heat total of 16.03 (out of a possible 20). Van Dijik’s powerful surfing saw him walk away with the highest individual wave score of the day (a 9.80 out of a possible ten).

Despite his stellar performance, Van Dijk was still left chasing a 8.18 to snag the lead of eventual winner Harry DeRoth (Phillip Island).

DeRoth had a slow start throughout his Open Men’s final, however managed to score a right hander in the dying minutes of the heat which saw him post a 9.67 to seal the deal. He finished on top with a combined heat total of 16.20 (out of a possible 20)

“Conditions were fun out there” DeRoth said.

“I’m stoked to walk away with the win, and am happy that I was able to find an opportunity towards the end of the heat” he added.

Other standout performers throughout the men’s division were Cahill Bell-Warren (Torquay) and Billy Harrison (Barwon Heads). Both surfers were stand outs in the opening rounds however were left needing scores in the 7 point range to claim to honours.

Fostin took advantage of the lefts on offer throughout the final, laying some serious rail and getting the job done.

“We scored with the conditions down here today” Fostin said.

“There were some fun lefts on offer throughout the final, and I was lucky enough to be in the right spot” she added.

Hot on Fostin’s tail was Mia Huppatz (Jan Juc), who posted a combined heat total of 12.93, however was left chasing a 6.92 (out of a possible ten) to get into the lead.

Huppatz posted a highest score of a 6.93, however was unable to improve on her existing 6 point ride to advance into first position.

As a result of the cancellation of Open Series events, there will be a surf off held at URBNSURF Melbourne on March 30th to crown state champions in a surf off, which will include the top 6 surfers from both the Men and Women’s divisions.

There will be 3 wildcards for both Men and Women, which will be selected for the shoot out based off an application process and recent results (priority order being International events, Australian Events, State Events). The wildcard process has been put in place due to the Phillip Island event clashing with the Mad Mex Maroubra Pro QS1000 in NSW.