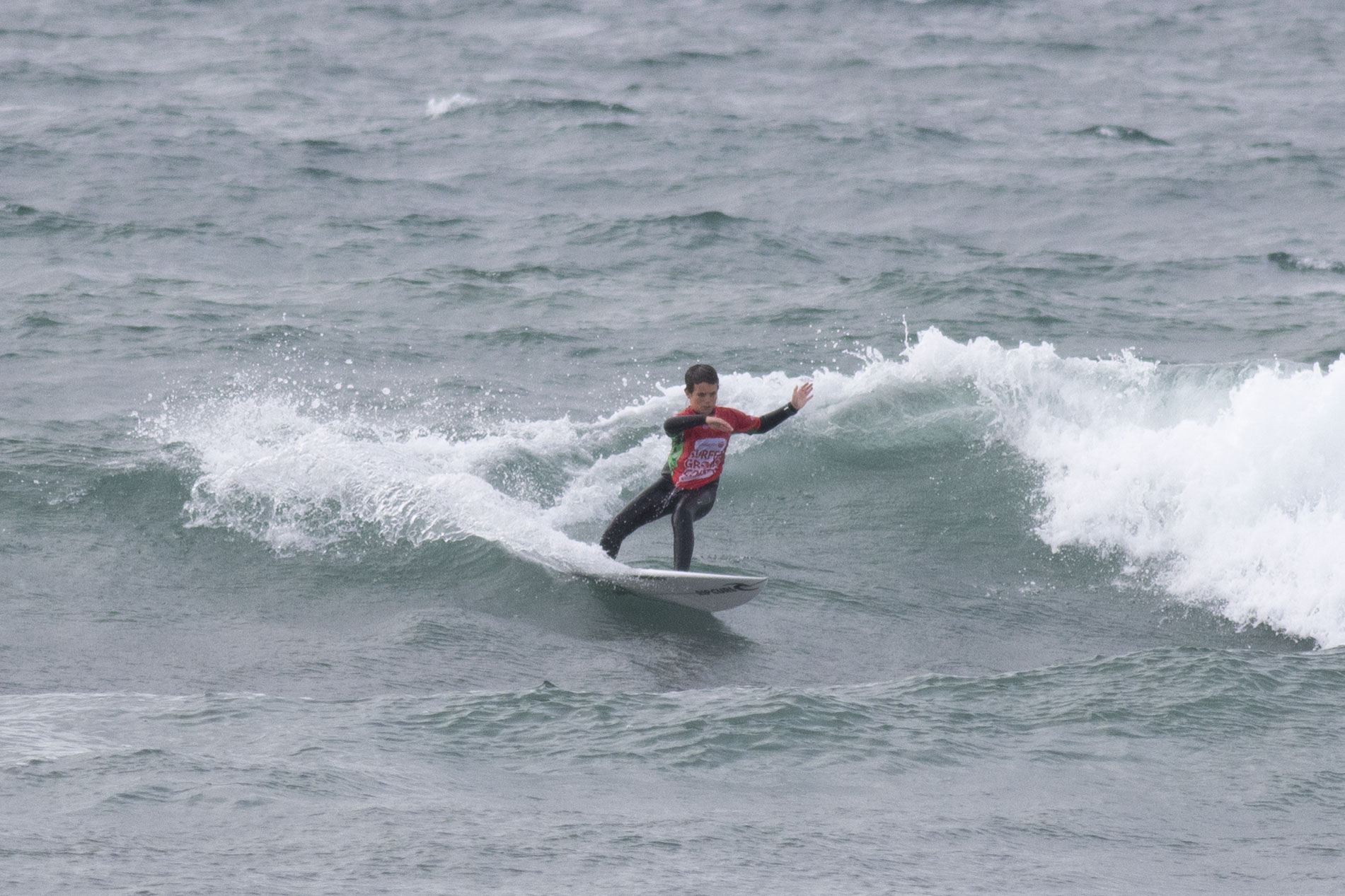 Day 1 of the Woolworths Surfer Groms Comp was greeted with perfect 1 – 2 ft waves with plenty of great options for the groms to be found. The epic day was filled with heaps of fun and great performances down at Torquay Beach on the Surf Coast.

One of the consistent performers from the day was Kai Coleman (Mount Duneed) who made his way through to both the Under 12 and the Under 14 semi finals.

Coleman scored an 8.33 point ride (out of a possible 10 points) in his Under 12 quarter final by attacking the lip with no fear and being rewarded for it by the judges. This gave him the highest combined heat total, 13.83 points out of a possible 20, in the Under 12s so far.

On the other side of the draw Rose Holland (Dromana) was also on a mission and is looking to go as far as she can in both the Under 12 and Under 14 draws as well.Holland has booked her spot into the finals of both divisions tomorrow.

Holland was able to skip the requalifying rounds for both divisions and go straight into the semi’s by putting together an impressive combination of carves and turns to earn herself a 10.76 and a 12.67 combined heat total.

She then backed this performance up in the semi finals with an 8 point ride in the Under 12s and came second in the Under 14s semi’s to secure her spot in both finals.

With the semi finals of all divisions and some of the finals locked in and the Micro Groms (Under 8s) prepared to take on Torquay point, day 2 of the Woolworths Surfer Groms Comp is sure to be another fun filled day.

The Woolworths Surfer Groms Comp includes a broad range of divisions, catering to boys and girls Under 8s, Under 10s, Under 12s and Under 14s. This in turn sets up groms from across Victoria to get involved in competition within the nationwide series which visits all surfing states in Australia.

As much as the event encourages a fun day at the beach it is also aimed at pushing the groms’ competitive side with the respective winners of the Under 14 boys’ and girls’ divisions from each event receiving an invite to attend an all-expenses-paid, three-day Woolworths Surfer Grom Comps National Final Surf Camp at the Surfing Australia High-Performance Centre (HPC).

The call for day 2 of the event is scheduled to begin at 7:30 am on Sunday, 13th of November, at Torquay Surf Beach (SLSC).

The live Scores and Schedule from the day can be accessed via www.surfingvic.com/live