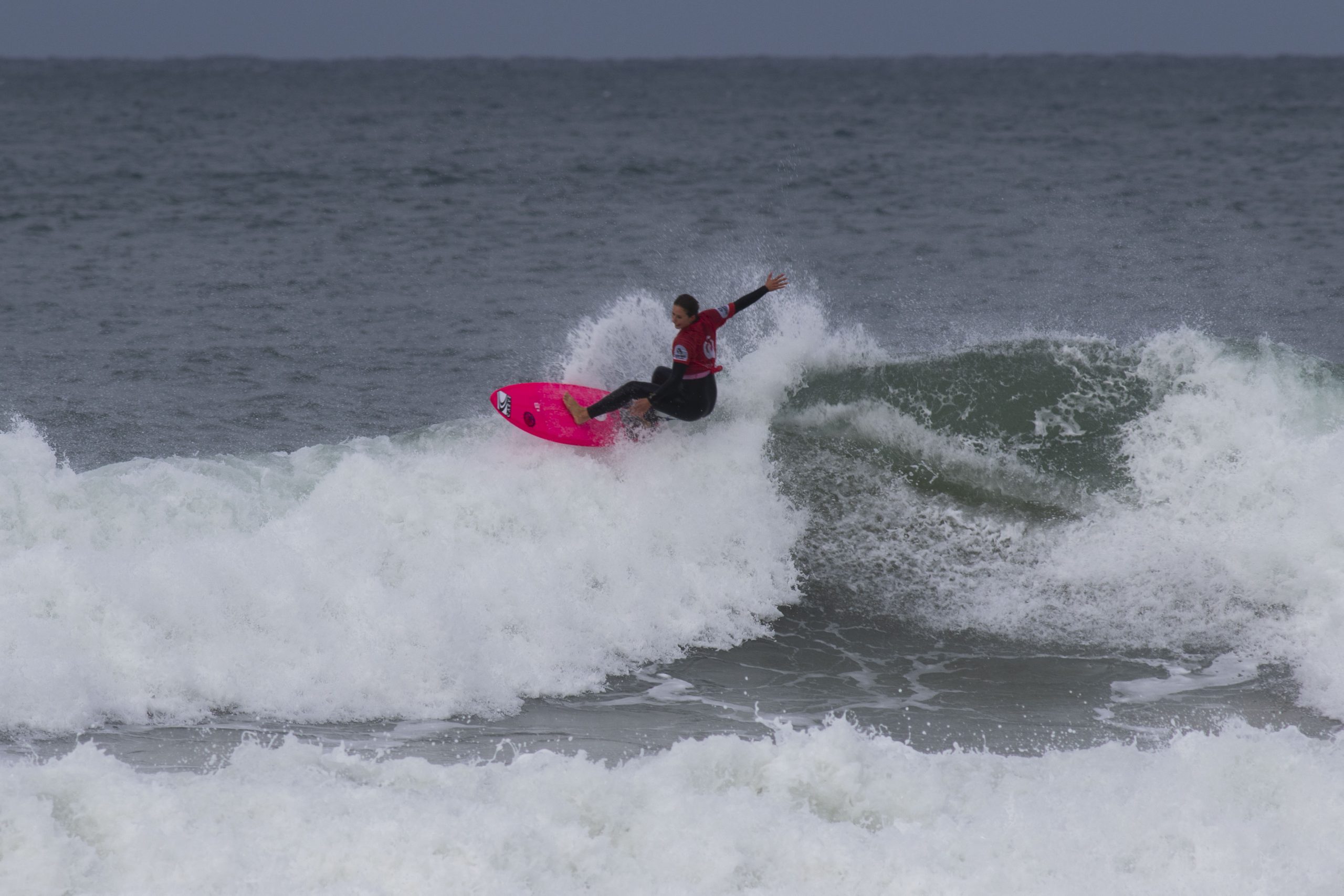 The final round of the Woolworths Victorian Junior Surfing Titles held at Jan Juc beach on the Surf Coast kicked off with moderately firing 3-4ft offshore clean peaks with plenty of sections on offer for the competitors to rip into.

With a slight current sweeping through the line up positioning was very important if the surfers were to make it into finals day.

In the Under 18 Girls Semi Final 2, both Emily McGettigan (Torquay) and Eva Bassed (Sandy Point) navigated the sweep to be in position for multiple quality waves giving them the opportunity to post some solid scores.

McGettigan opened with a 6.17 (out of a possible 10 points) off the back of a great snap in the lip. On Bassed’s third wave she was able to string together several carving manoeuvres to earn herself a 7.17.

She then paired her 7.17 point ride with 6.13 point ride with 6 minutes to go, giving her a combined heat total of 13.30 (out of a possible 20). With a closeout set on the horizon and 5 minutes to spare Bassed decided to head in to limit any extra energy paddling.

“I decided to come in 5 minutes early as I wanted to save my energy for the final!” Bassed said.

“I just felt I did all that I could do out there to get through the heat” she continued.

In the end Bassed did indeed do enough to get through the heat with McGettigan not able to improve her situation in the final 5 minutes.

On the boy’s side of competition there was a tight battle in the under 16 boys Quarter Final 3 with Harry Farrer (Barwon Heads) and Max Bassett (Barwon Heads) fighting it out. With both surfers having a low 6 point ride in their score line halfway through the heat, it was down to their second score to see who would come out on top.

With 2 minutes to go Bassett picked up a wave allowing him to smash out a few turns earning him a 6.23 point ride and the lead. However Farrer was not done yet catching a wave in the last few seconds and carving his way to a 7.33 ride. This gave Farrer a combined total of 13.66 giving him the heat win over Bassett with a combined total of 12.23.

“It was pretty stressful in the final moments but I was happy to make it through,” said Farrer.

Other standouts of the day included Under 14 competitor Jarvis Barrow (Jan Juc) acquiring a 8.17 by snapping off the lip of a huge finishing section showing commitment to the wave as well as Ava Holland (Dromana). Holland paired an impressive carve with a massive back hand snap to receive a 9.33 point ride.

Competition will resume tomorrow at 7.30am and the Under 18 boys Semi Final 1 in the water first at Jan Juc (Surf Coast).

Heat draws and live scores can be found at www.surfingvic.com/live across the 2 day event.