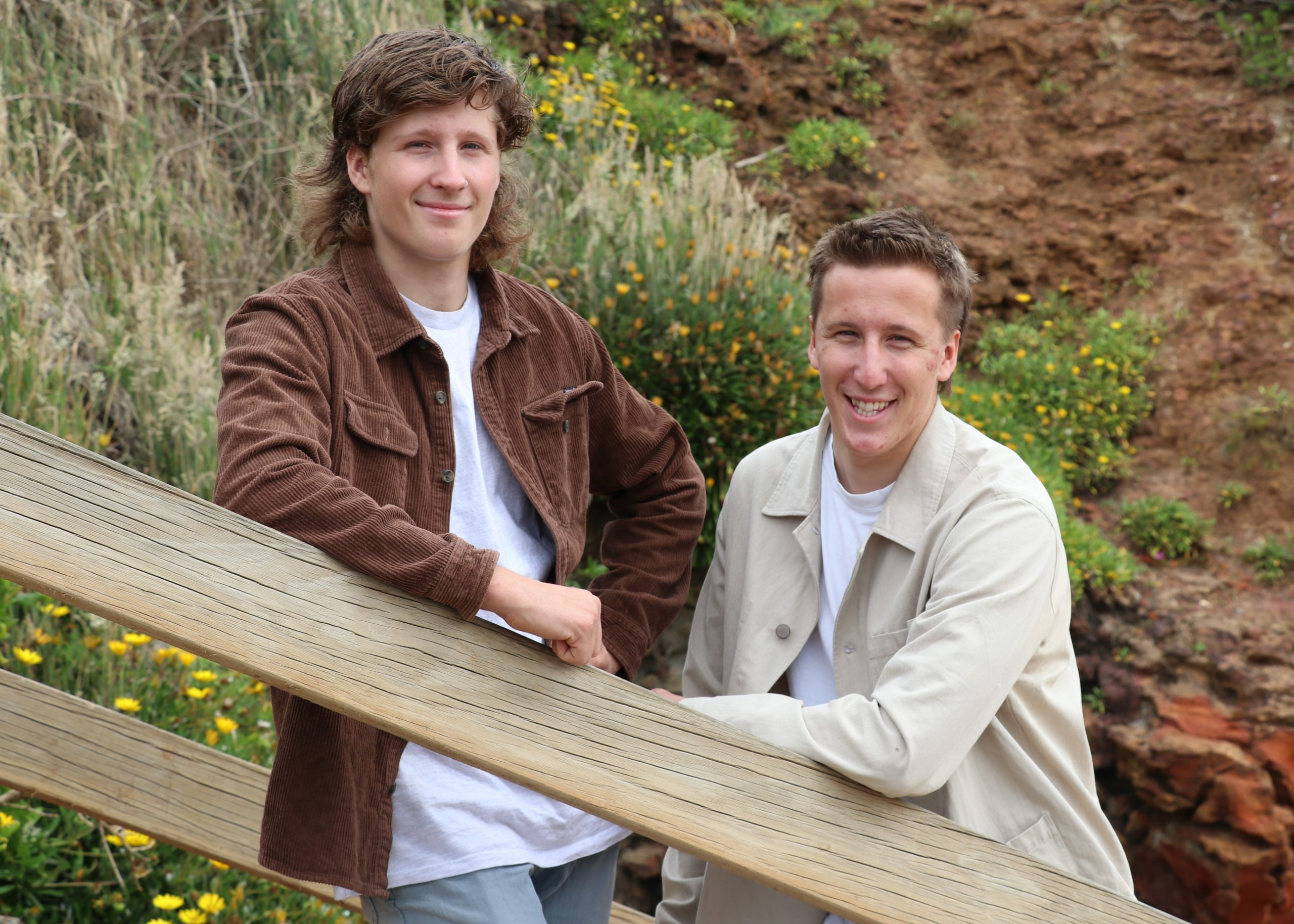 Two Mornington Peninsula brothers have been recognised for their heroic efforts in saving three young women from a rip at Canadian Bay.

Awarded by the Play It Safe By The Water (PISBTW) committee to people who have used their lifesaving and water safety skills to perform a significant rescue, the Everyday Lifesaver award recognises outstanding bystander rescues undertaken in a safe manner that doesn’t put the rescuer at risk.

While making the most of their 5km limit during Victoria’s lockdown in September last year, brothers, Oscar and Ryan Peddle were surfing a ‘bay wave’ at Canadian Bay, Mount Eliza.

The conditions were chaotic, with 60-70km per hour winds and four-foot waves. So extreme that rescuer Ryan said afterwards that he had “never seen Canadian Bay like that before”.

Hearing a mother frantically calling for help, the boys realised three young women  had been swept off a ramp and were caught in a rip.

The girls were clearly panicked, one of them was having an asthma attack, struggling against the current and in desperate need of immediate assistance.

Springing into action, the brothers grabbed their surfboards and started paddling to the girls. Ryan reached them first and supported all three on his surfboard until help arrived from Oscar and another local surfer who came to aid the rescue.

The three surfers took one girl each and safely paddled back to the shore.

“When I saw the girls in distress, I knew I had to think on my feet and move quickly,” Ryan said.

“One of the girls was having an asthma attack, it was lucky that I could get them onto my board until Oscar and other rescuer arrived.”

In recognition of their brave rescue without endangering themselves or others, LSV general manager lifesaving services Liam Krige presented Oscar and Ryan with the Everyday Lifesaver award at the scene of the rescue, Canadian Bay Beach.

“I have no doubt that if not for the immediate acts of courage and quick thinking by the two young men, at least one of the girls could have drowned that day,” he said.

“LSV is grateful for Oscar and Ryan’s bravery and quick thinking, using their training and skills to rescue the girls, but reminds the public that you should only rescue someone struggling in the water if you are a qualified lifeguard or lifesaver and have appropriate safety equipment on hand.

“The last thing we want to see is someone who is trying to help, get themselves into trouble, or worse. Instead, if you see someone in trouble, alert lifesavers or guards if present and phone 000 immediately.”

Surfing Victoria CEO and member of the Play it Safe by the Water committee, Adam Robertson, also commended the efforts of the brothers in saving the three young women.

“Surfers play an integral water safety role across our state and are often the first responders at many incidents. This story is a great reminder that knowing what to do if you are faced with a situation, like Oscar and Ryan were, can save lives,” Mr Robertson said.

Surfers can develop their lifesaving skills through Surfers Rescue 24/7, a free program that teaches basic CPR and board rescue skills, so that they too, can undertake safe bystander rescue during an emergency. The program can be completed at an in-person session or online via surfingvic.com/surfersrescue247

With the summer patrol season officially launching on Saturday 27 November, watergoers are reminded to swim between the red and yellow flags at a patrolled location wherever possible, so lifesavers and lifeguards can keep an eye on you.