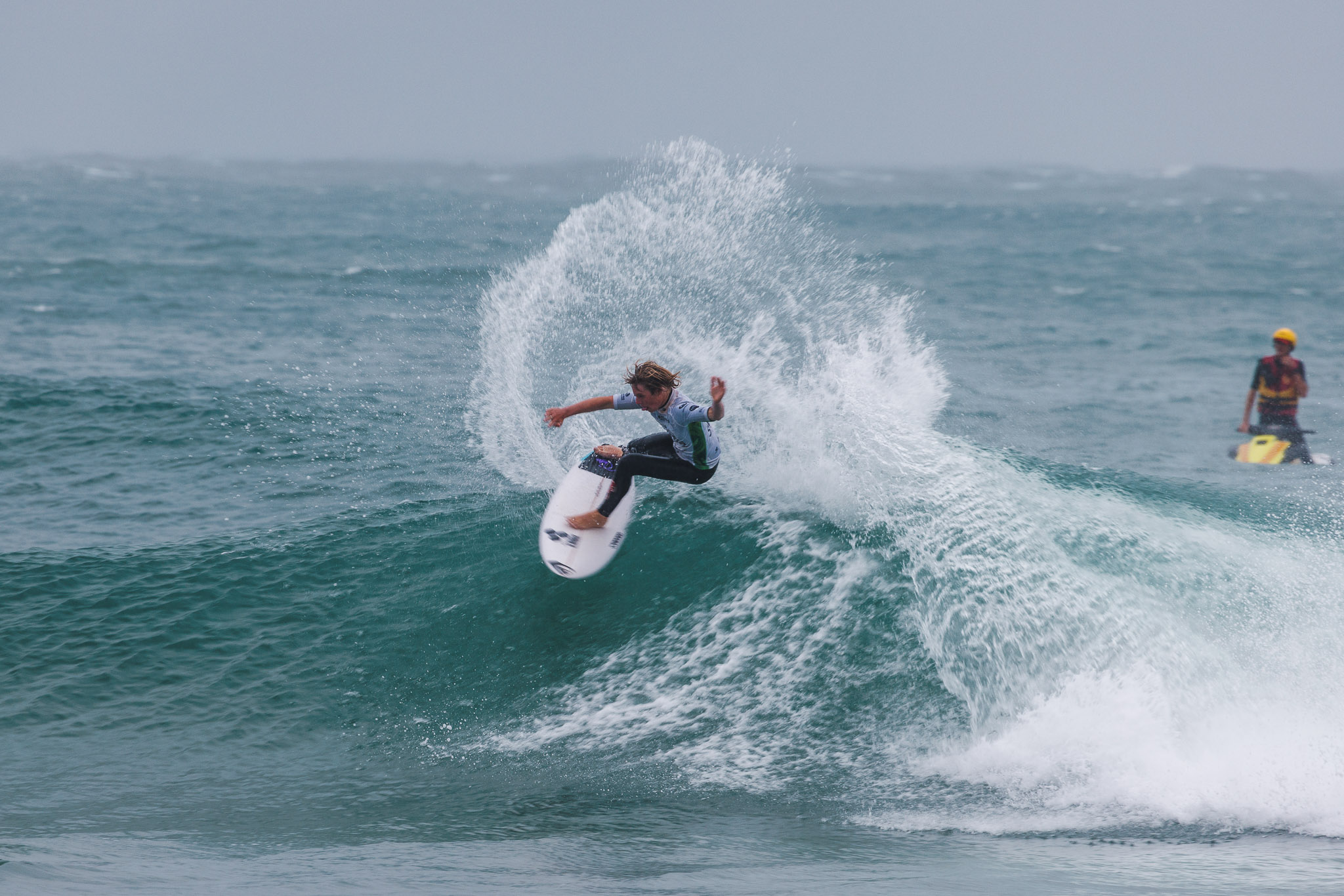 NORTH STRADBROKE ISLAND (MINJERRIBAH), QLD (November 28, 2022): It was the first day of summer but felt more like a winter blast when surfers hit Cylinder Beach for Day 5 of the Woolworths Australian Junior Surfing Titles.

In an action-packed day of competition semi finalists were decided in the Under 18 Women and Under 14 Girls divisions with surfers charging in the clean, offshore conditions.

Surfing Australia Contest Director, Glen Elliott said: “Relocating to Cylinder Beach proved to be a really good move. We scored great waves all day,  from 2ft in the morning steadily rising into the 3-4ft range in the afternoon with punchy right hand peaks offering excellent scoring potential for the variety of age divisions that surfed,” he said.

Competition kicked off with big scores and more major upsets in the Under 18 Men, Under 16 Women and Under 14 Boys competition heats.

The Under 18 Men provided the most spectacular action of the day with Eden Hasson(Boat Harbour, NSW) landing a full rotation air reverse that judges rewarded with a 9.60 out of a possible 10 points. Also through to the quarter finals after winning their heats: Macklin Flynn (Cowaramup, WA), Oliver Ryssenbeek (Merewether, NSW), Braxon Holmstron (Buddina, QLD), Tim Bain (Sunshine Beach, QLD) and Harley Walters(Angourie, NSW).

Late in the afternoon the semi finalists were decided.

Similar conditions are forecast tomorrow, with a day of quarter and semi final action.

For all the results go to LiveHeats.

Surfing Australia would like to acknowledge the Quandamooka people as the traditional owners of the land on which the competition will be held and we pay our respects to elders, past, present and emerging and thank them for the opportunity.