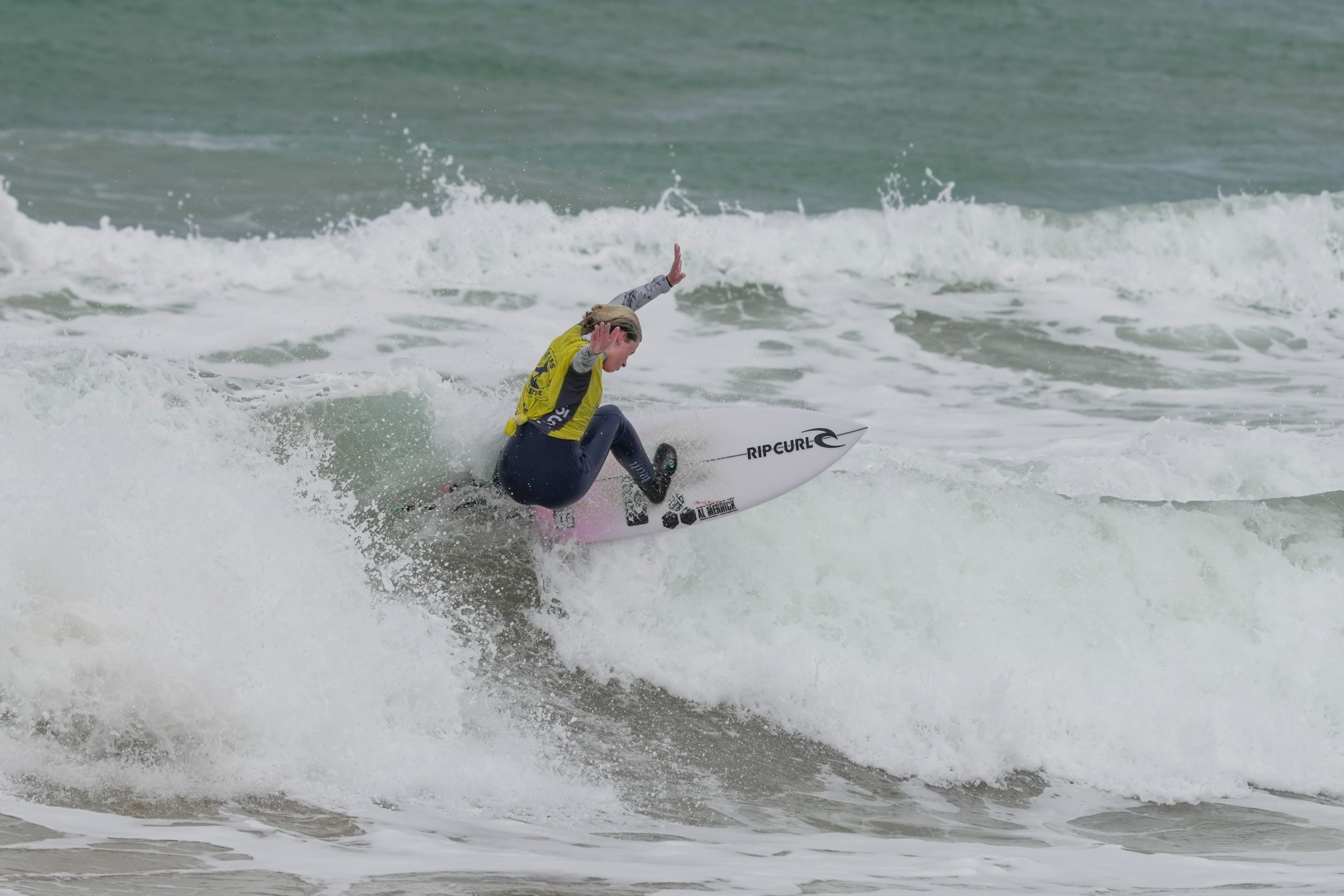 The first round of the three part series was forced to shift locations from Bells Beach to Jan Juc on Saturday morning due to a lack of quality swell on offer. Jan Juc was showing fun 2ft waves and an increasing swell into the afternoon allowing for plenty of action from the state’s best open surfers.

14 year old Ava Holland has been in fine form over the past few months winning the final round of the Victorian Junior Titles in May, claiming the U16 Girls division at the Skull Candy Oz Grom Open event at Lennox Head before taking out the event over the weekend

In the Women’s final Holland finished on a heat total of 13.17 points ahead of Sophie Wilkinson (Shoreham) on 10.77 points.

Finishing in third was Lucy Naylor (Point Lonsdale) on 10.10 points and Sarah Seuren (Inverloch) in fourth on 6.14 points.

On the Men’s side of the draw, current U16 ISA World Champion Willis Droomer looked unstoppable from Round 1 through to the Final, comfortably winning each of his round heats.

Putting the entire final in a combination situation (requiring two new scoring rides) Droomer finished on a heat total of 18.00 points ahead of Lucas Hickson (Rye) on 13.76 points.

Placing in third was Tully Wylie (Jan Juc) on 10.50 points with Harry de Roth (Phillip Island) in fourth on 8.87 points.

Full results from the event can be found at www.surfingvic.com/live

The series will now move to the Mornington Peninsula for Round Two on January 28th.

Entries are open via www.surfingvic.com/events