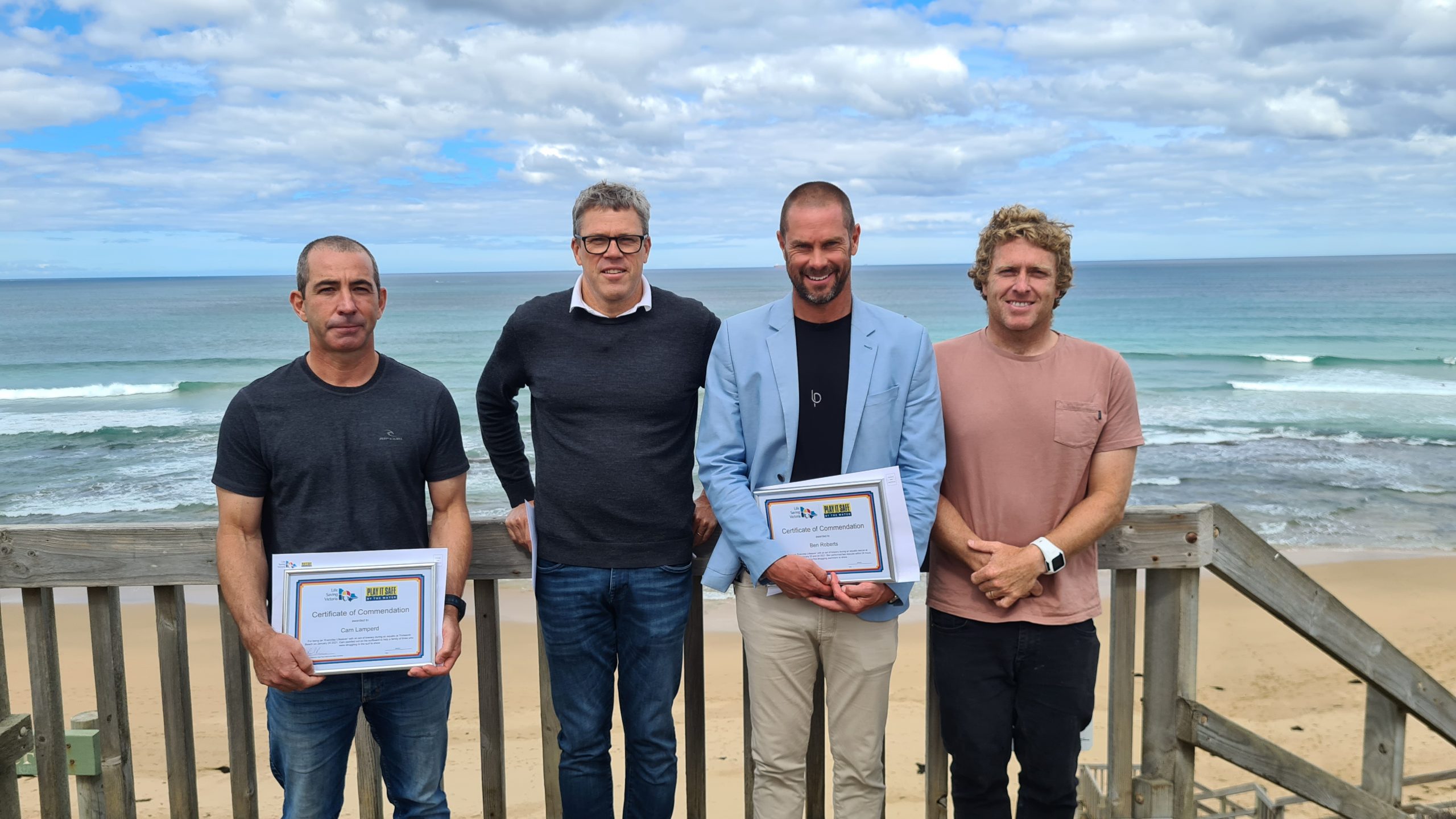 Local surfers and Surfing Victoria members Ben Roberts and Cam Lamperd have been recognised as Everyday Lifesavers for their quick and brave actions to rescue a family in trouble in the water at Thirteenth Beach in January.

Awarded by the Play It Safe By The Water (PISBTW) Committee to people who have used their lifesaving and water safety skills to perform a significant rescue, the Everyday Lifesaver award recognises outstanding bystander rescues undertaken in a safe manner that doesn’t put the rescuer at risk.

While preparing for a surf on a Saturday afternoon, Mr Roberts eyed the group struggling in the waves.

Mr Roberts quickly used his surf knowledge and surfboard as a flotation device to assist the family.

“By the time we were entering the water they would have been nearly 150 metres out to sea,” Mr Roberts said.

“We were able to bring in the daughter and the son and then ended up having to go in to help one of the guys who went in to swim after them. We were trying to find the dad for a long time, we unfortunately couldn’t find him.”

The Westpac Rescue Helicopter Service and local lifesavers joined the search for the missing man, who was eventually pulled out of the water by lifesavers. Sadly, he could not be revived.

“Again, there was a family getting pulled out in a rip,” he said.

“A local surfer came in from out the back. He grabbed and helped one of them, then Cam and I grabbed the son and the dad.”

Although all three swimmers were yanked to safety thanks to the heroic actions of the surfers, the rescue was in the nick of time, as the surfers’ observed the dad was “blue in the face” from struggling underwater.

On behalf of the community, the PISBTW Committee have recognised Mr Roberts and Mr Lamperd for their bravery and quick response.